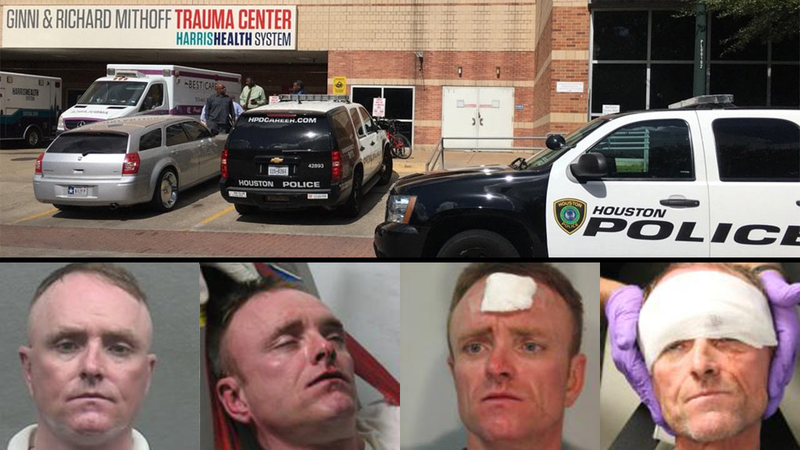 HOUSTON (KTRK) -- The Houston Police Department says a Harris County sheriff's deputy shot and wounded an inmate at Ben Taub Hospital who was holding a female medical student. According to police, the inmate, Ricky Lynn Hall, had a metal "edged weapon" in his hand when he was shot.
EMBED More News Videos

Police said the 46-year-old inmate took a piece of metal from inside of a pair of headphones provided by the hospital, and made one end into a point. Hall allegedly held that metal object to the student's throat, and a sheriff's deputy - who was working overtime guarding the floor - heard the student scream and rushed into Hall's room.

Deputies told Eyewitness News the incident happened on the fifth floor of the hospital, which is under construction.

Eyewitness News obtained this photo of the floor where the shooting happened. 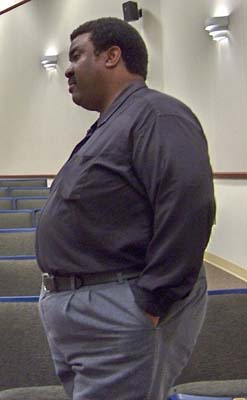 The deputy told investigators he asked Hall to drop the weapon, but he refused. Police say Hall threatened to kill the student unless the deputy shot him. That's when, police say the student tried to free herself from Hall's grip, and the deputy, fearing for the student's safety, shot Hall.

The deputy shot Hall twice in the chest and he is currently in critical condition. At the time of the shooting, Hall was located in the stroke unit -- which holds a mixed population, according to Houston police.

The medical student was not hurt in the standoff.

Harris County Sheriff Ron Hickman said Hall was a Harris County inmate who was being treated for seizures at the hospital. Hall has a long criminal history, including convictions for drug charges, assault, DWI, forgery and burglary.


Hall had been in jail on an aggravated family violence motion. However, Sheriff Hickman said Hall was scheduled to be released today.

An investigation is underway after a deputy-involved shooting at Ben Taub Hospital.

Keep checking back on this page to get real-time updates as this story unfolds. To get alerts for breaking news, download the abc13 news app for iPhone or Android. You can also get breaking news alerts sent to you by email.
Related topics:
houstonhospitalshooting
Copyright © 2022 KTRK-TV. All Rights Reserved.
TOP STORIES
Preacher reaches out to suspect who stole from his church twice
Carjacking suspect threw 3-year-old out of truck, mother says
Officer shoots suspect in northeast Houston, HPD says
Fifth Ward residents upset over Union Pacific campaign donations
Expert weighs in on when you can buy a car amid chip shortage
Lina Hidalgo suggests DA could have her 'indicted' as political ploy
Santa Fe librarian still trying to make sense of high school shooting
Show More
Houston janitors fight for an increase in hourly pay
Police have no leads on skeletal remains found nearly 6 months ago
Here's why we're increasing rain chances and rainfall amounts
Houston Dash standout expresses excitement on equal pay decision
18-year-old arrested in shooting death of man with cane, HPD says
More TOP STORIES News