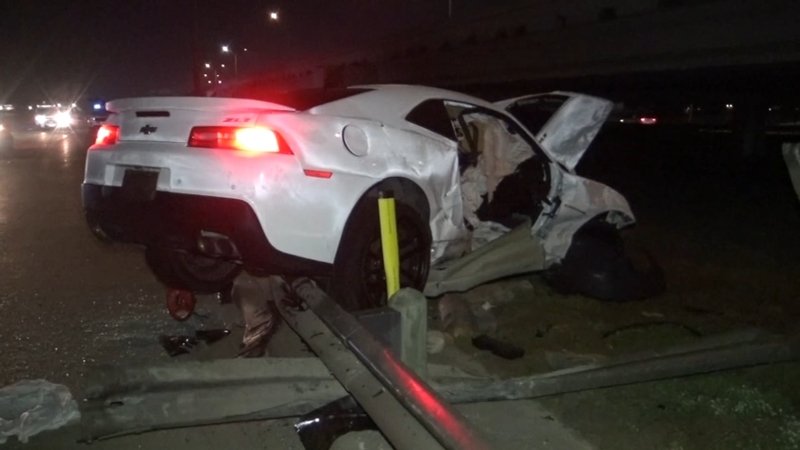 It happened around 11 p.m. near Lockwood Drive.

The 32-year-old was eastbound on the Beltway feeder when he lost control of his Camaro and hit the curb before crashing into a guardrail, according to the Harris County Sheriff's Office.

The guardrail impaled the Camaro during the crash, which killed the driver's father, a 60-year-old man, who was in the passenger seat, deputies said.