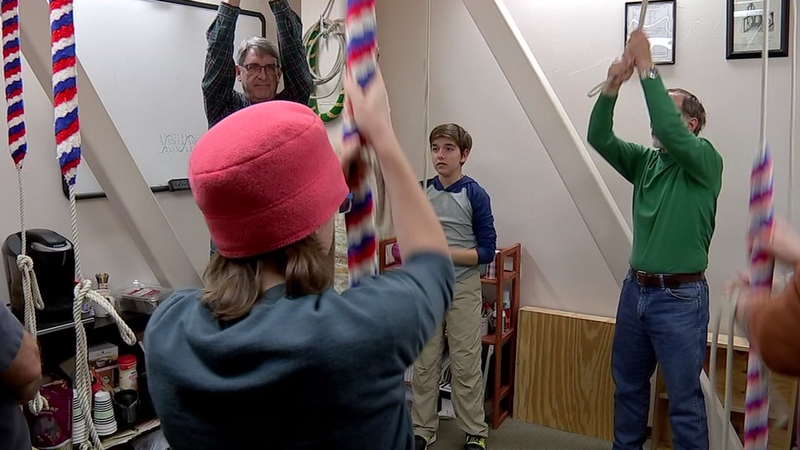 HOUSTON (KTRK) -- On any given Sunday, Houston churches fill with the sound of music. For a few houses of worship, the music does not come from an organ or a piano, but from massive bells.

In an age of electronic keyboards and digital sound, the toll of these massive bells is something special.

"This originated in the UK and its origins are back in medieval times when they first had bells that swung," said Allen Nunley, a change ringer that helps to lead a group at Palmer Episcopal Church near Rice University.

He's talking about what is known as change ringing. These aren't hand bells, but large swinging bells with long ropes attached and pulled by hand in a formulaic way.

"It's a mathematical achievement of ringing 5,040 changes and the first time that was done was about 300 years ago," he said of the practice.

In all of America, the North American Guild of Change Ringers says ringers ring in 45 towers. Nunley says three of them are right here in Houston, including the bells at Palmer Episcopal. The bells can weigh more than 700 pounds, but in change ringing, the group of ringers play tunes. No carols or jingle bells here.

It is a cascade of sound that can be heard for miles, but only with a dedicated group of change bell ringers in the room below the bell tower. The ringers practice weekly throughout the year and range in age from young to old.

While the bells can be heard year 'round, they'll also ring in Christmas, just as others have done over the centuries with a deep resonating sound that spans the ages.