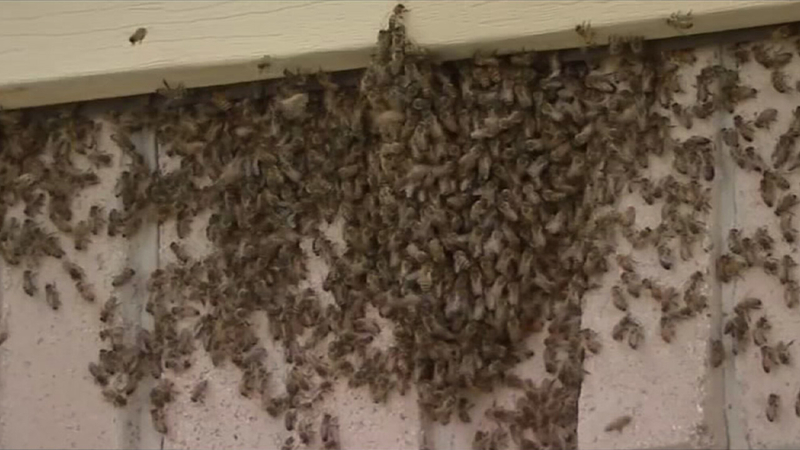 HOUSTON (KTRK) -- Families in southwest Houston are on edge, thanks to a colony of bees on the move. We first showed pictures of them over the weekend. Neighbors were worried about thousands of bees attaching themselves to a vacant home.

Now those bees have moved across the street near Tiburon and Sonoma and the family that lives there wants them gone.

"It's not a happy thing for us because we have to stay in the house," added resident Angela Lafond.

The women say their neighborhood is buzzing, but for all the wrong reasons.

"They were so loud, we can hear them in our garage," said Lyles.

Bees are everywhere, swarming all around the community.

Eyewitness News was in the Briar Villa neighborhood Saturday. The bees had taken over an abandoned house. Now, they've set up shop across the street at another house that's occupied. We found Toni visiting her family. 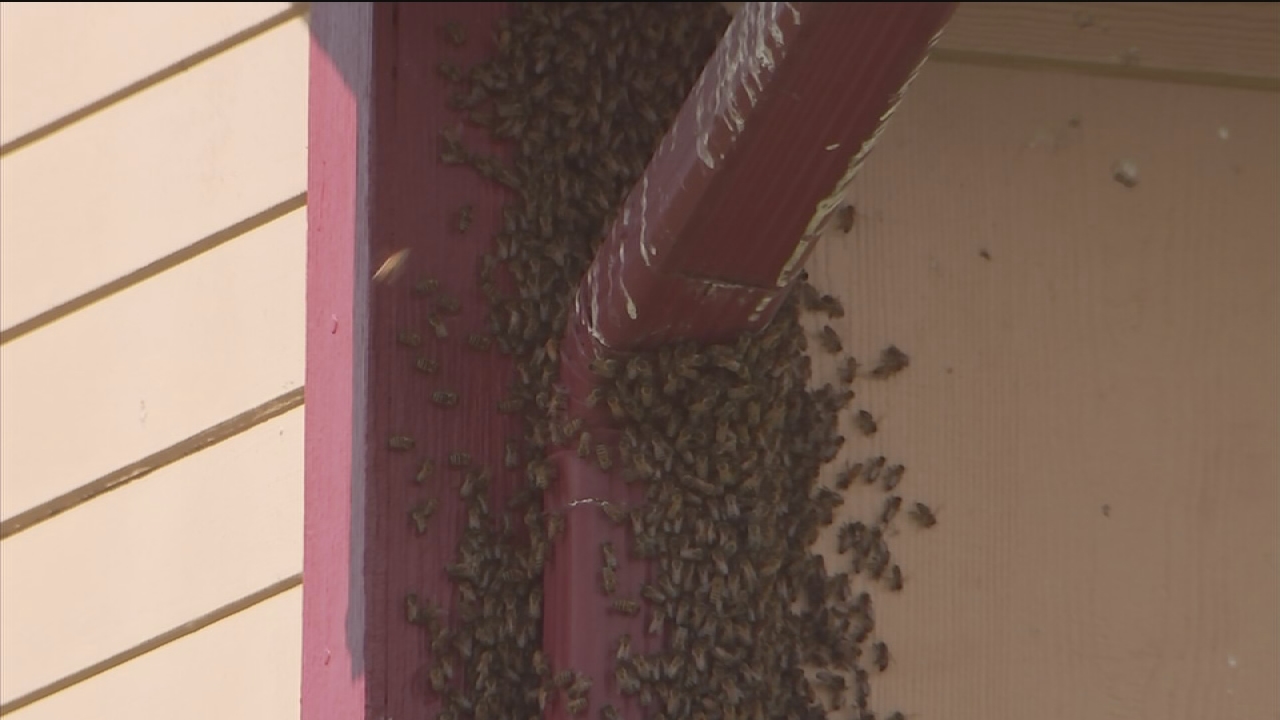 "It's kind of hard to get in and out of the house," she said.

"What happens is that when they overpopulate. They make a new queen and she'll take about 10,000 workers with her in the whole swarm off," says Jeff Stanifer of Budget Bee Removal.

According to the exterminator, the bee hive was extremely dangerous.

"The bees are definitely Africanized. It doesn't take more than 20 stings to put somebody in the hospital, or if somebody is allergic to one, stinging actually kills them," he said.

Stanifer says Spring and summer are the busiest times.

"I get calls everywhere. I will start out in Katy and wind up down here by the end of the day," he added.

Stanifer cleared the street, suited up and went in for the kill. He sprayed thousands of bees, killing some in an instant. But he says the work isn't done.

"You probably have to cut the ceiling out to get to it, or take off the siding and you'll find depending on how long they've been here; if they been there for months and months, you can get about 90 pounds of honeycomb," he said.
Related topics:
houstonbees
Copyright © 2022 KTRK-TV. All Rights Reserved.
TOP STORIES
Man with 2 felonies gets $2 bond after indictment delay, records show
3 Houston-area stores targeted by same jewelry heist, owners say
11-year-old has spinal cord fracture after drive-by shooting, mom says
Survey shows crime, economy are top concerns for Houstonians
$1.8M worth of stolen electronics recovered in cellphone store raid
Grid 'more reliable than before' to address summer demand, ERCOT says
Suspect wanted in 3 Houston-area bank robberies, authorities say
Show More
Hotel clerk punched by robbery suspect who tried stealing her purse
Bonds set at $1M for mom, $250K for dad in 2-year-old boy's death
Harris Co. deputy's funeral arranged for Wednesday
Doctors warn of new sub omicron variant wave BA 2.12
New Jersey beach sand collapse leaves teen dead, sister injured
More TOP STORIES News