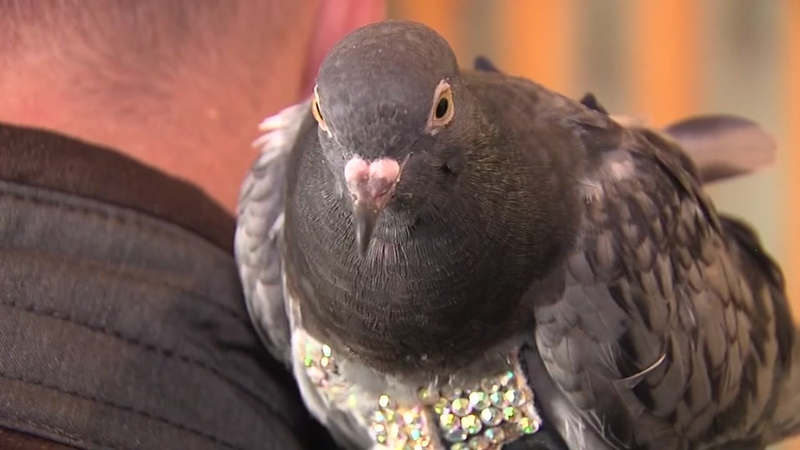 An Arizona bird shelter is looking for the owner of a pigeon found wearing a rhinestone-covered vest.

PEORIA, Arizona -- A bird shelter is looking for the owner of a pigeon found wearing a rhinestone-covered vest.

Jody Kieran runs Fallen Feathers Rescue out of her home and has been nursing birds back to health for 20 years.

But she recently got a call unlike any before.

"I've heard a lot of things, but that was not one of them," Kieran said.

A woman found a pigeon wearing a bedazzled vest in her yard and Jody told her to bring in on over.

"I said, ok. This is going to be a good one - and open it up and sure enough, he's definitely bedazzled," Kieran recalled.

Kieran and the volunteers joke that the bird reminds them of entertainer Liberace - known for his flashy costumes.