Beaumont officer who recently got married killed in wrong-way crash 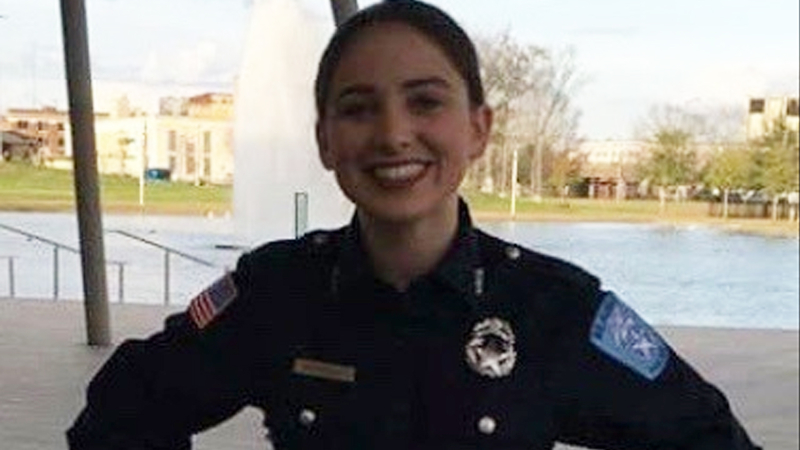 BEAUMONT, Texas (KTRK) -- The Beaumont Police Department is mourning one of their own after a young officer was killed in a crash with a wrong-way driver Sunday morning.

The department posted about the crash on Facebook, saying that around 2:30 a.m., 23-year-old Sheena Yarbrough-Powell and another officer were heading northbound on Cardinal Drive near the Highway 347 overpass, when they were hit head-on.

The driver accused of causing the crash is 18-year-old Luis Torres of Port Arthur.

Yarbrough-Powell did not survive her injuries.

The officer she was with was transported to the hospital with severe injuries. He underwent surgery Sunday before being released.

"He has a long road to recovery ahead of him but we will be with him every step of the way," Beaumont police wrote.

The police department said Yarbrough-Powell, a Lumberton native, was hired as a police cadet on August 13, 2018. She was sworn in as a police officer about five months later on Dec. 20.

She had been married for just 10 months.

"The next few days, weeks, months and years will be difficult for Sheena's family, both blood and blue but we will get through this together with the help of our community," police wrote in the Facebook post.

Chief James Singletary is asking for the community to keep Yarbrough-Powell's family as well as all first responders in their prayers since police, fire and EMS often work together.