Man sentenced to prison for blowing up Beaumont church 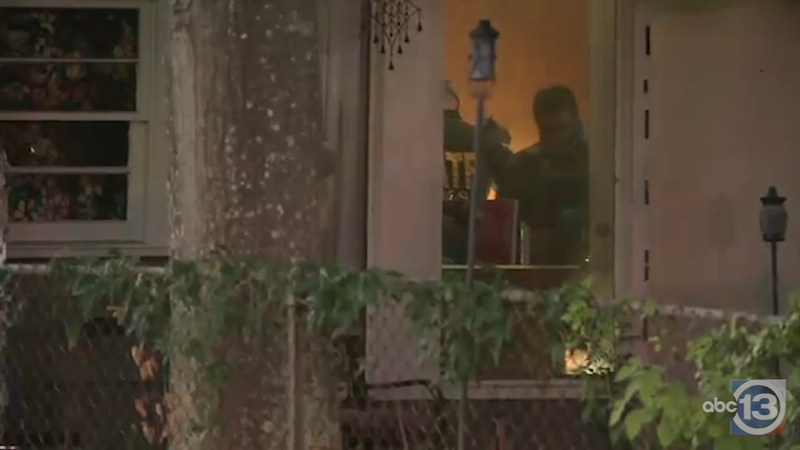 BEAUMONT, Texas (KTRK) -- A federal judge has sentenced a Beaumont man to five years in prison following his conviction for planting bombs in the Southeast Texas city two years ago.

Jonathan Matthew Torres, 42, pleaded guilty last year to possession of an unregistered destructive device and was later found guilty at trial for use of an explosive to cause property damage. Judge Thad Heartfield sentenced him Tuesday.

Torres was accused of leaving a bomb outside a Starbucks and another at a city church. The first device was found in April 2018 inside a mailbox and never exploded. The second went off at an Episcopal church the next month, causing damage but not hurting anyone. Authorities arrested Torres, a military veteran, later that month.

In March 2018, two people were killed when Austin, some 250 miles northwest of Beaumont, was terrorized for three weeks by a series of package bombs. The 23-year-old suspected in the Austin bombings blew himself up as authorities closed in.

After the first bomb was found in Beaumont, prosecutors said, Torres sent local police a series of cryptic postcards. One allegedly read, "DO YOU WANT BMT TO BECOME ANOTHER AUSTIN?"

This is a news update. The following is from previous reporting from May 25, 2018.

A 42-year-old Beaumont man is now in custody and accused of planting two explosive devices in a month's time.

Jonathan Matthew Torres was arrested at his home Thursday night by Beaumont police and federal agents.

The U.S. Attorney for the district said he doesn't believe Torres was part of any terrorist group or did it out of racial hatred. One message Torres allegedly left on a box delivered to a Beaumont Starbucks did contain a racial slur, according to the arrest affidavit.

The device was left outside the Starbucks on April 26 and did not detonate. The trigger mechanism was said to have been a mousetrap.

The next day, according to the affidavit, Beaumont police received a note that read: DO YOU WANT BMT TO BECOME ANOTHER AUSTIN?" It was signed, J Hancock.

On May 10, a package left outside St. Stephens Episcopal Church exploded. No people were injured, but the administration building sustained damage.

"This suspect had the resources and ability to build these devices, and they were increasing in their destructive impact," said U.S. Attorney Joseph Brown.

Investigators aren't revealing what broke the case and led them to Torres, but the affidavit states they linked him to the devices by materials he was shown to have purchased, all of which were used in the making of explosives.

Beaumont Police Chief Jimmy Singletary called the arrest a combination of excellent work by the FBI, ATF and postal inspectors.

Torres' background was not discussed. An agent said he did not live alone and did have some military background.