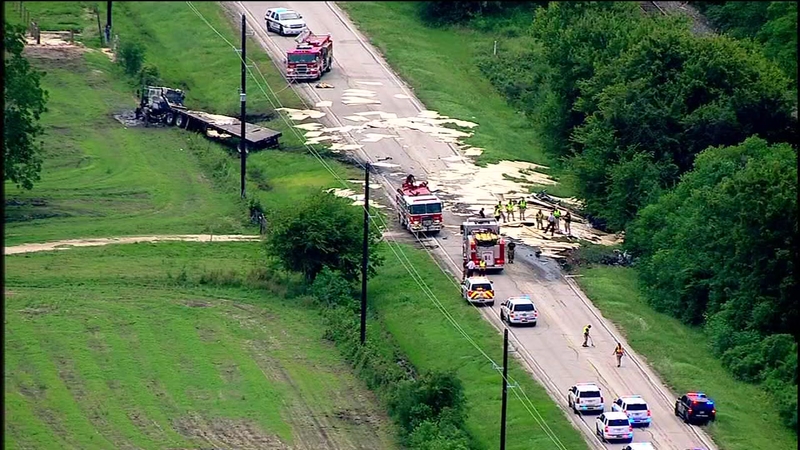 The Fort Bend County Sheriff's Office said the crash happened in the area of Highway 90 Alternate and Spencer Road just after 5:15 p.m. Thursday.

Authorities said the wreck happened when a van veered into the oncoming lane, striking the 18-wheeler head on.

Both victims who died were inside the van. Their identities were not given by deputies.

The big rig driver was taken to the hospital, but is expected to be okay.

Update: 2nd fatality confirmed. US 90-A will be closed for several hours. Please avoid the area. @TxDOTHoustonPIO https://t.co/w3ztgDRjLq

The area was shut down during the crash investigation and reopened Friday just after 7:30 a.m.