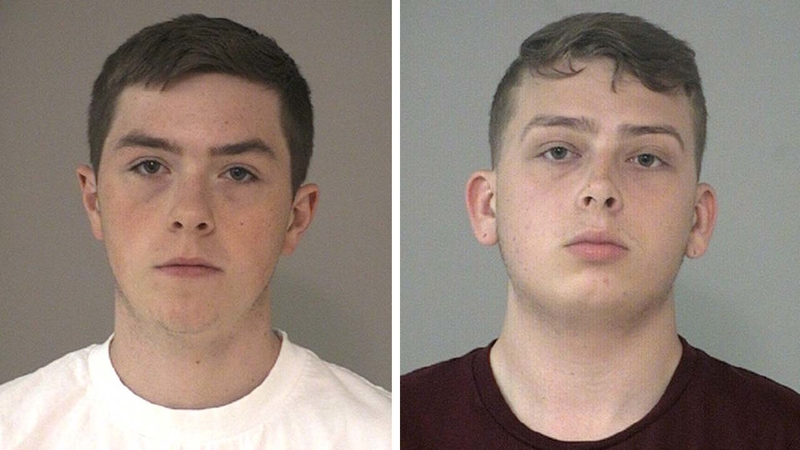 FORT BEND COUNTY, TX (KTRK) -- Two teens have been arrested in connection with a string of recent BB gun attacks in Sienna Plantation.

At least one person is injured and thousands of dollars of property damaged after several BB gun attacks in Sienna Plantation.

Bruck is charged with making a terroristic threat, which is a class B misdemeanor. His bond has been set at $5,000.

Stabler is charged with injury to a child, which is a third degree felony. His bond is $15,000.

The attacks took place on six different occasions over a nine-day span from Friday, August 19 through Saturday, August 27. At least three people were injured in the attacks, according to the sheriff's office.

Witnesses told police that a group of young people in a dark-colored car were firing BB guns at both people and property in the Fort Bend County neighborhood of Sienna Plantation.

Authorities are searching for suspects who shot children with a BB gun. Jeff Ehling reports

In one case, a young boy was hit with a BB pellet that broke his skin as he walked home from school. Another man reported being hit in the leg.

A family vehicle was also damaged in the shootings, according to Varren Parker. The dents and dings alone would cost about $2,000 to repair, Parker says.

"I am proud of the dedication our detectives showed in this case," said Sheriff Troy E. Nehls. "BB guns may be just a toy to some, but when used the way these two young men did, well, they are seeing firsthand how seriously we take attacks against Fort Bend County residents."

Authorities say the investigation is ongoing.