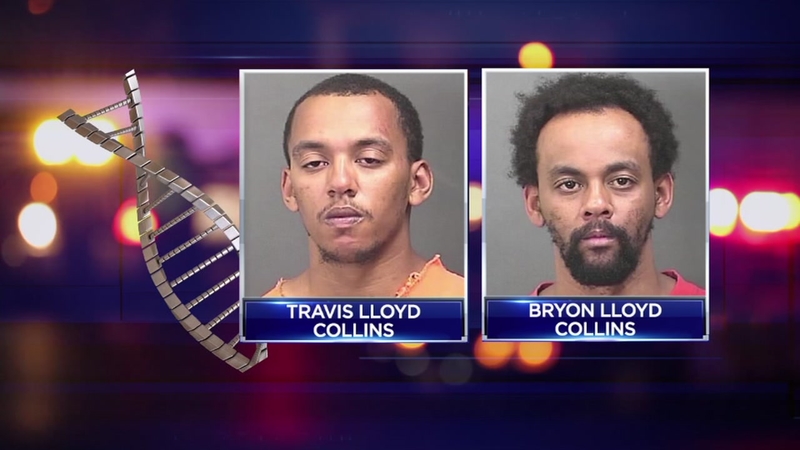 BAYTOWN, Texas (KTRK) -- Baytown police say they've finally made an arrest in a murder case which stumped them for 19 months, thanks to unintentional help from the alleged killer's brother.

Investigators say Byron Lloyd Collins, 29, was arrested December 22nd for the May 8, 2016 murder of Nataliya Shal.

They established Byron Collins as a suspect after a new round of DNA tests on evidence found at the murder scene revealed similar markers to that of a DNA profile for Travis Collins, his brother.

Travis is currently in prison on an unrelated sex assault and as such his DNA is in the system which police use for comparison in cases just like this.

"We get these cases, we don't stop. We work them until we can't work them anymore. Then we take a breath and we keep working them again," said Baytown Police Lt. Steve Dorris.

Prosecutors say Shal was stabbed 30 times in the brutal attack inside her apartment, located in the 300 block of W. Baker Rd. Police say she was also sexually assaulted.

Police will announce new details in murder of woman on Mother's Day in 2016.

Once police identified Travis as a relative of the person who sexually assaulted and likely murdered Shal, they were able to zero in on his family.

Detectives say that's when they realized Bryon had been living on and off in the same apartment complex where Nataliya Shal was killed.

In fact, the apartment they found him in was just one building across the parking lot from the scene of the murder.

Police did surveillance on him and saw him discard a cigarette butt outside that apartment. They confiscated it and sent it in for DNA testing.

That test showed his DNA was a match to the DNA found on Shal. Authorities say Shal's family is relieved.

"We got a killer off the streets. They can sleep a little better tonight," Lt. Dorris said.

Investigators say Shal did not know Collins prior to the attack. Police still cannot say how he got into her apartment.