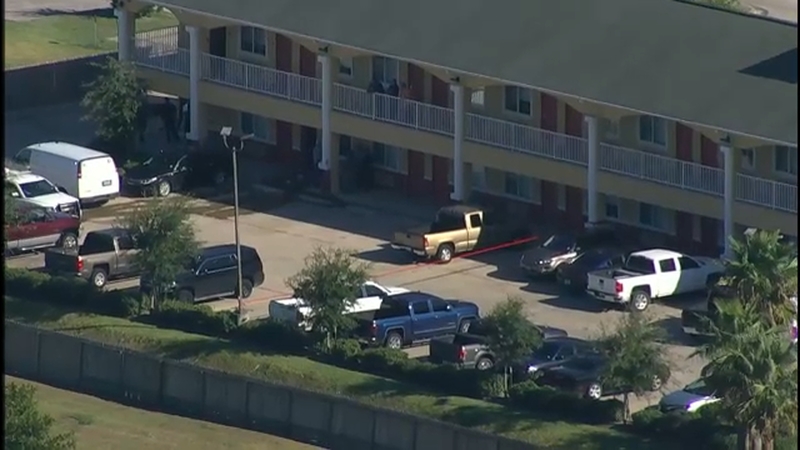 Infant's body found in hotel room after SWAT was called in

BAYTOWN, Texas (KTRK) -- An infant's body was found inside a motel room in Baytown where SWAT officers had negotiated with whom they believe was the child's mother, police said Tuesday.

According to the Baytown Police Department, officers were called to the Scottish Inn at 6800 Garth Road based on a Crime Stoppers tip that stated a dead child was in one of the rooms.

Officers arrived around 8 a.m. when they found a door open and a woman armed with a long gun, police said.

The woman refused to come out of the room, prompting police to call SWAT officers.

The woman remained in the room until around 1:25 p.m. when she was taken into custody.

But shortly after that, police found the small child's body. The cause of the child's death is not immediately known, but police said the infant did not appear to be shot.

The woman has not yet been identified.