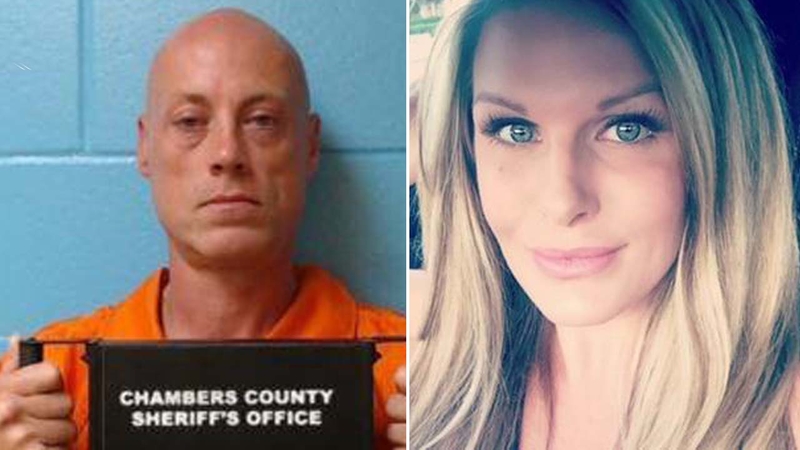 BAYTOWN, Texas (KTRK) -- For two weeks family and friends of Crystal McDowell have waited for answers.

"This case was about trying to bring Crystal McDowell home and we've made that happen," Sheriff Brian Hawthorne of the Chambers County Sheriff's Office said.

On Saturday, their worst fears were confirmed. Crystal's ex-husband, 44-year-old Stephen Wayne McDowell, is charged in her murder.

The Baytown realtor's body was found by Chambers County investigators and the Texas Rangers in a wooded area in west Chambers County. Her car was found several days ago submerged in Harvey's waters at a hotel about seven miles from her home.

"Currently the kids are under the Department of Family and Protective Services, but she did make it to see her kids that particular day," Hawthorne said.

McDowell, who was just about to turn 38, was last seen on surveillance video at her boyfriend's home. She was on her way to pick up her two children at Stephen McDowell's home.

The Chambers County sheriff has not given a motive, but says there are a lot more details that will come out in the days ahead.