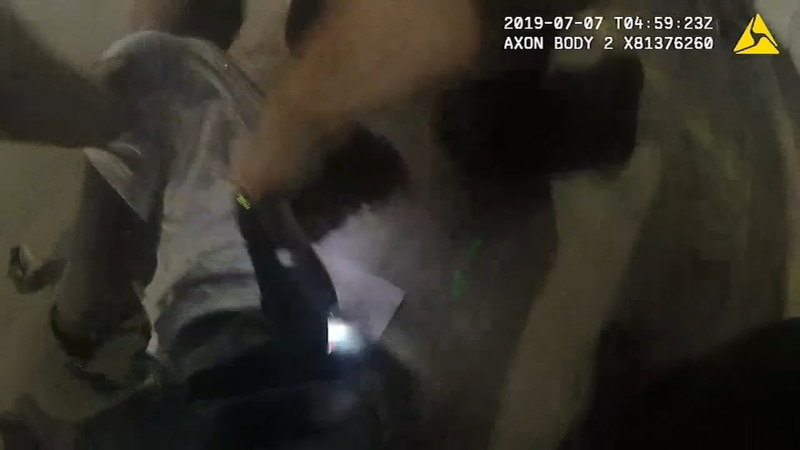 BAYTOWN, Texas (KTRK) -- A well-known attorney is calling on the Department of Justice to investigate the Baytown Police Department.

Ben Crump says they have proven a "pattern of using excessive force on minorities."

On Thursday he stood outside of the Civil Court House alongside Kedric Crawford and the family of Pamela Turner.

Crawford says Baytown police beat him and used a Taser on him in early July. He was stopped in a parking lot waiting for his phone to load directions to his mother's house when the officers showed up.

Body camera video shows Crawford asking if he was free to go while an officer searched his car. Another officer said 'yes.' About five seconds later, he was put in handcuffs and beaten.

"(I) know for a fact they were not trying to beat up a person," Crawford said. "They were actually trying to kill me."

The man is charged with assaulting a peace officer.

Turner was shot by a Baytown officer in May who was trying to serve her a warrant. He said she got a hold of his Taser during the altercation.

"When I seen the video of what happened to Kedric Crawford, I was disgusted," Chelsea Rubin, Turner's daughter, said. "The amount of excessive force that is being used the entire time is ridiculous."

Rubin said Crawford is lucky he did not end up dead like her mother.

Crump listed off six other instances where he says Baytown Police used excessive force on an African-American or Hispanic person.

Crump said Crawford has not spoken to the department and did not indicate that he planned to.