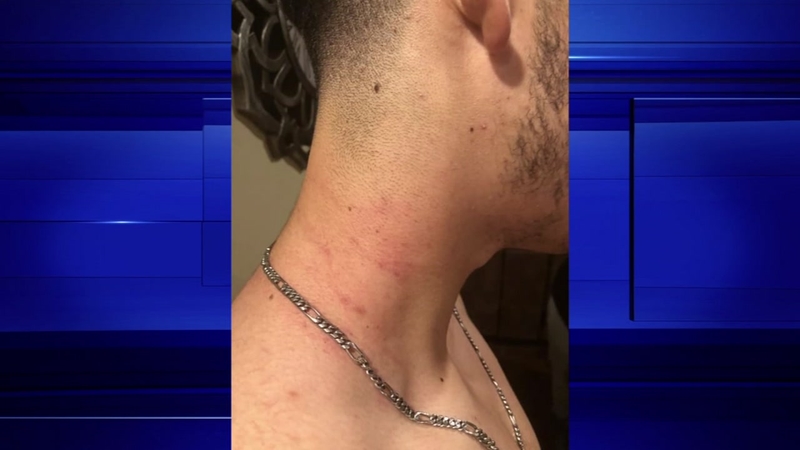 BAYTOWN, Texas (KTRK) -- A family says they want justice after they claim an off-duty Baytown police officer threatened and assaulted a 19-year-old and got away with it.

The teen is telling his story and says he was terrified. He says after getting off work at a Baytown restaurant, a co-worker he'd been briefly dating asked for a ride home.

He says the night ended with the teen's stepfather, a Baytown police officer who was off-duty, assaulting him in a parking lot and breaking his car window.

Jeff Sprecher says the teen girl was with him willingly and they were in a parking lot when her mother came looking for her and blocked his car in.

He says the mother told him she was calling her husband who is a Baytown police officer and the teen girl's step-father.

Sprecher claims the stepfather arrived and when he couldn't get him out of the car, he broke the window and yanked him out.

"My entire body, I couldn't move it. I fell to the ground where he proceeded to choke me, and at that moment, I thought I was going to pass out and possibly die. I thought this man was going to murder me. It was shocking me and I didn't know what to think. I started thinking about my family and I would just be another stereotype. I would be dead and it would be over for me," said Sprecher.

The Baytown Police Department released a statement about the incident:

The Baytown Police Department takes allegations of wrongdoing or misconduct by our officers very seriously. The trust and confidence of our community is paramount and as such we hold our officers to the highest levels of integrity as well as moral, ethical and professional standards. Failure to adhere to those standards will not be tolerated and will be dealt with in accordance with our departmental policies and the law.
As such, an investigation into this incident has been initiated and the Officer in question has been placed on Administrative Leave with Pay pending the outcome of the investigation. We ask that the community continue to place its trust and confidence in our organization and the men and women of the Baytown Police Department who don the badge and uniform every day and proudly serve with integrity, honor and professionalism.