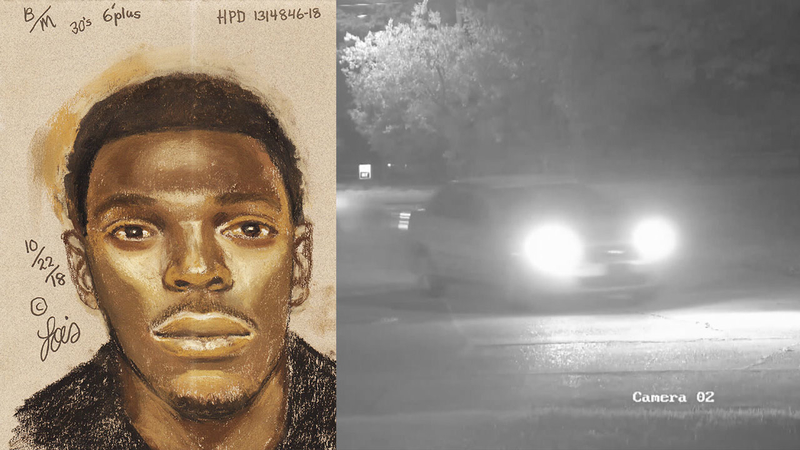 HOUSTON, Texas (KTRK) -- Three Houston-area shootings may be linked to the same person.

This suspect is accused of killing one person. But he apparently shot at two others in a crime spree that started in August and spans from Baytown to the Heights.

HPD released a composite sketch of the suspect from the shooting that happened on Cortlandt back on Oct. 16. They say the suspect opened fire on a man walking his dog around 9:30 p.m.

Police also released pictures from surveillance cameras that caught the suspect's car as it was driving away. The car is a gray or silver Chevy Malibu. That incident took place in the Heights.

Baytown police believe the same car was used in a different shooting that happened in Baytown back on August 15.

In that shooting, 84-year-old Sam Wingate was walking with a friend on Pinehurst Drive when a man in a light-colored car opened fire on him. Wingate was hit in the back and later died from his injuries.

Ed Carey, Wingate's friend told Eyewitness News that the two would take nice walks around the neighborhood every morning.

"I had got behind him to let the car pass and when it came up to Sam, it stopped and they started shooting," said Carey.

Now police say the vehicle seen at both locations may be the same car and we are hearing of a third shooting that also happened in the Heights that seems connected. It was a tip to Crime Stoppers that helped police link the cases.
EMBED More News Videos

Lt. Steve Dorris with Baytown police said, "That was when I had my detectives reach out to HPD and we kind of got on the same page, with those two cases. The vehicle matched, the M.O. was the same, so it really kind of started us down the path that it may be related."

Police say the suspect is in his late 20s to early 30s, and about 6'2". He is believed to be driving a silver or gray Chevrolet Malibu.

Officers need your help getting him off the streets, call crime stoppers if you recognize the sketch.

Carey is hoping for justice. "I have no idea why anybody would want to shoot somebody. It doesn't make any sense."

There's a $25,000 Crime Stoppers reward for anyone with information regarding the case.