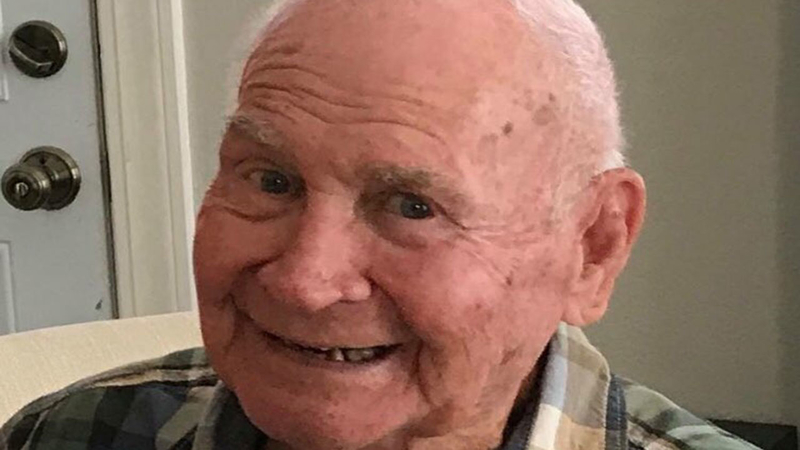 BAYTOWN, Texas (KTRK) -- Authorities are increasing the reward for information on an elderly veteran's killer.

Sam Wingate was walking with another man in his 70s at 6:30 a.m. on August 15 when he was shot by someone from a car driving by the 9600 block of Pinehurst

The next day, detectives in Baytown released surveillance video they hope will lead to the identification of a suspect in the drive-by shooting.

An earlier award of $5,000 swelled to $20,000 on Thursday when police were joined by Wingate's children, who pleaded for the public's help at a press conference.

Sam Wingate: a family man who loved fishing & always made sure to make family time a priority. He died this past Sunday from injuries he sustained from a drive-by shooting in Baytown. @BaytownPolice1 increased the crime stoppers reward to $20,000!!! @abc13houston #WhoShotSam ? pic.twitter.com/27KD2CcV2e

In the surveillance video, a light-colored four-door sedan can be seen driving through the area. It may be a Chevrolet that is missing the front license plate. Detectives believe it is the suspect's vehicle. They're hoping the video will jar the memory of anyone who may have been out in the neighborhood during the time frame of the shooting.

Detectives have also been interviewing friends and family of Wingate in hopes they will be able to shed some light on this case. Detectives specifically want to know if there was anyone who may have wanted to harm the man.

The victim has been described as a war veteran, a father and a man known for his kindness all throughout the neighborhood.

Wingate died Sunday as a result of his injuries.

RELATED: 84-year-old man shot in drive-by while out for walk in Baytown
EMBED More News Videos

ABC13's Marla Carter reports from a Baytown neighborhood where an 84-year-old man was shot in the back while on his morning walk.

Anyone who may have any information regarding this incident is asked to contact the Baytown Police Department Homicide Division at 281-420-7181, Baytown Crimestoppers at 281-427-TIPS (8477) or text keyword "Baytown" plus the tip to 274637 (CRIMES).