Base jumper who crashed in Arizona rescued 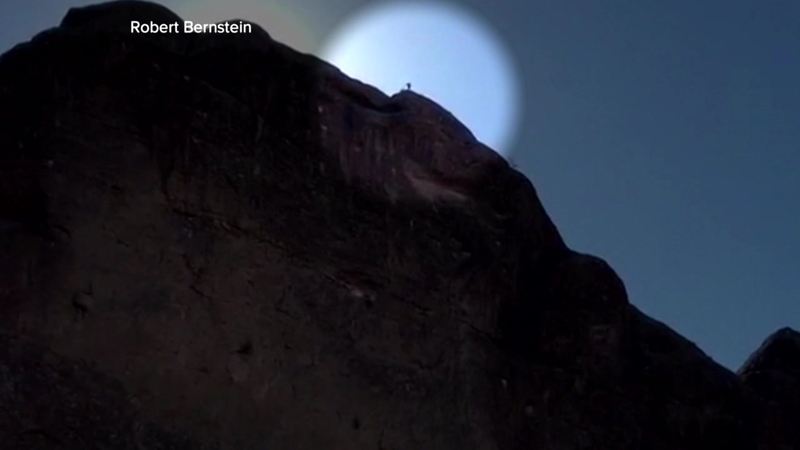 Base jumper who crashed in Arizona rescued

PHOENIX -- A BASE jumper was caught on camera hitting a canyon wall on Camelback Mountain in Phoenix after jumping off a ledge Tuesday.

Bystanders watched as BASE jumpers took to the skies above million-dollar homes in Paradise Valley.

That's when something went wrong.

The jumper's chute roared open, but he hit the canyon walls and slammed the ground below, badly injuring himself. This was just one of four rescues the Phoenix Fire Department dealt with in a few hours that day.

"That is a lot of mountain rescues in one day," said Capt. Reda Bigler of the Phoenix Fire Deparment. "It was probably in a 4 to 5 hour period."

Firefighters said while base jumping is not illegal, it is not recommended.

"There happened to be an off-duty firefighter that was back there, hiking with his family. So I think the fortunate part was his skill and ability to jump in and assist this man who had fallen," Bigler said. "If he wasn't around, that is actually something you could bleed out, within hours."

The jumper was then rushed to Scottsdale Osborn Hospital with an injury to his pelvis.

The city of Phoenix has tried to regulate the trails more closely, even forming a working group to come up with protocols for base jumping, but a proposal to close the trails during extreme temperatures did not get very far.