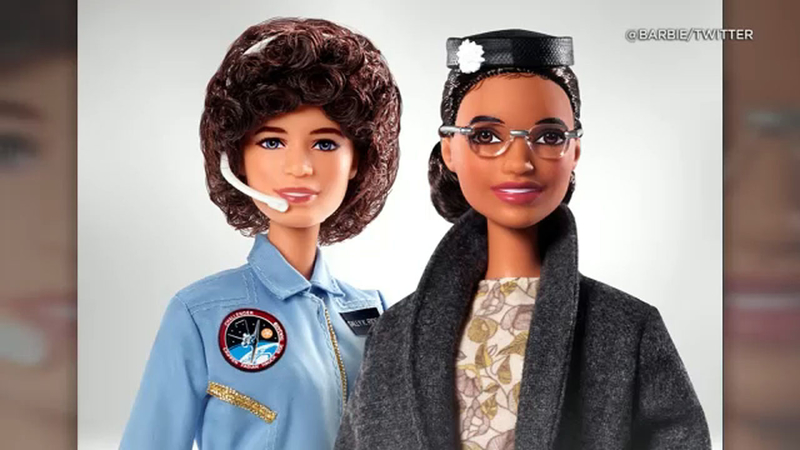 Rosa Parks, Sally Ride get their own Barbie

A pair of powerful women in history are now part of the Barbie universe.

Toy maker Mattel has unveiled Barbie dolls in the likeness of Rosa Parks and Sally Ride.

The series of collectibles pays tribute to "courageous women who paved the way for generations of girls to dream bigger than ever before," according to the Mattel website.

The dolls were released Monday, on Women's Equality Day.

Rosa Parks has been hailed the "Mother of the Modern Civil Rights Movement" for refusing to give up her seat to a white person on a Montgomery, Alabama bus in 1955.

In 1983, Sally Ride became the first American woman, and youngest American, to fly in space. When NASA first began recruiting women into the astronaut corps, Ride was one of six women accepted out of more than 8,000 applicants, according to the Barbie's official blog.

The Parks and Ride dolls join the collection alongside Mexican painter Frida Kahlo and NASA mathematician Katherine Johnson. All four dolls sell for around $30 each.