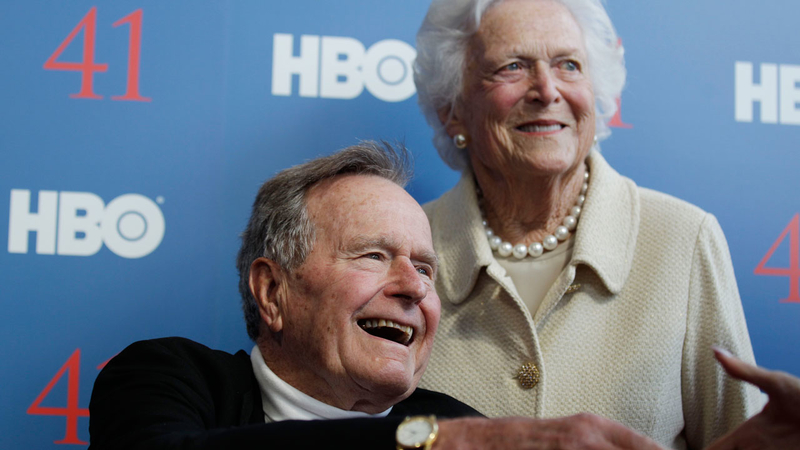 HOUSTON (KTRK) -- Doctors treating former President George H.W. Bush for pneumonia considered Thursday whether to take out a breathing tube while his wife, Barbara, said she was feeling much better after undergoing treatment for bronchitis.

Family spokesman Jim McGrath said physicians for the 92-year-old Bush were evaluating him for removal of the tube, which was inserted Wednesday in a procedure to clear his airway.

The 41st president has been in the intensive care unit at Houston Methodist Hospital since Wednesday, relying on a ventilator to breathe. Removing the tube - a procedure known as extubation - would allow Bush to breathe on his own. He was struggling to breathe when he was admitted to the hospital Saturday.

Bush "had a good night's rest" and remained in stable condition, McGrath said. "We are hopeful he will be discharged from the ICU in a few days."

Barbara Bush, 91, was admitted Wednesday and diagnosed with bronchitis after feeling fatigued and coughing for weeks. She reported feeling "1,000 percent better" on Thursday.

"Antibiotics and some good rest seem to have restored her to better health," McGrath said.

The couple received "an uplifting visit" from longtime friends former Secretary of State James Baker and his wife, Susan, who also live in Houston, McGrath said.

The Bushes were married Jan. 6, 1945, and have had the longest marriage of any presidential couple in American history. At the time of their wedding, he was a young naval aviator. She had been a student at Smith College.

After World War II, they moved to the Texas oil patch to seek their fortune and raise a family. It was there that George Bush began his political career, representing Houston for two terms in Congress in the late 1960s and early 1970s.