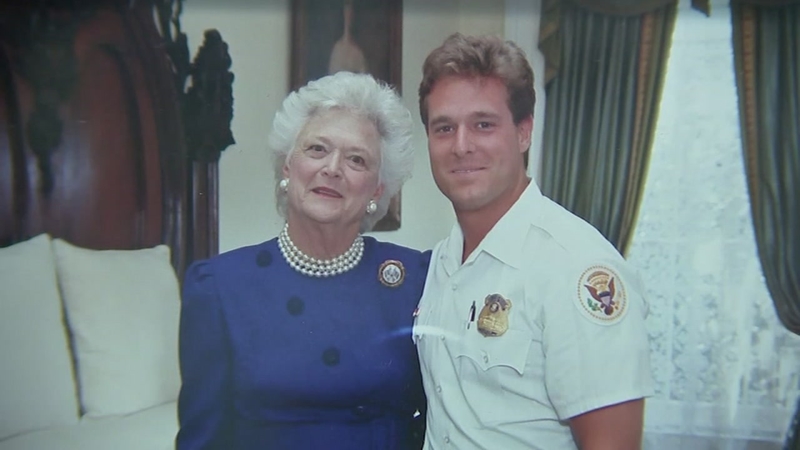 At most, they spent several minutes honoring the former first lady.

But there was one select group of people, aside from the Bush family, who came and stayed.

Standing on either side of Barbara Bush's casket were members of the United States Secret Service. They are part of her personal detail, a satellite of the former president's team.

They are honored to stand watch.

Bolsch was part of the Bush team.

"She was one of the most gracious people we've ever protected. She went out of her way to make us feel like part of the Bush family," he said. "It was just a wonderful relationship we had."

It is, in part, that sentiment that had thousands visit St Martin's on Friday, including HUD Secretary Ben Carson, Senator John Cornyn, and Governor Greg Abbott. Three former presidents will attend her funeral on Saturday.

But in the hearse with Mrs. Bush, along the path from Houston to College Station and her final burial place, will be two Secret Service agents who were part of her team.