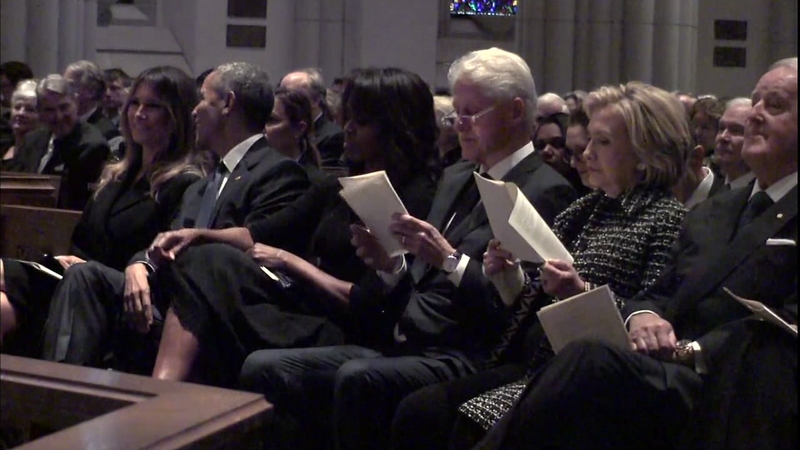 FUNERAL PROGRAM: Follow along with the full program for the service

Following the funeral service, the Bush family will proceed by motorcade to the George H. W. Bush Presidential Library in College Station, Texas for a brief, private interment ceremony.

Today, my thoughts and prayers are with the entire Bush family. In memory of First Lady Barbara Bush, there is a remembrance display located at her portrait in the Center Hall of the @WhiteHouse. pic.twitter.com/AuJ3RLZyax

10:45 AM Prayer led by Russ Levenson for First Families:

Bush granddaughters and grandchildren's spouses are escorted to their seats:

12:30 PM The remains will be carried from the church by the grandsons.

Motorcade route when departing St. Martin's: The motorcade proceeds east on
Memorial Drive through Memorial Park. Just east of the park at Westcott, turns
left and then merges onto I-10. The route through the park will be publicized, so
Houstonians may pay their respects.

Speaking at the service are Barbara's son Jeb Bush, her personal friend Susan Baker, and author/historian Jon Meacham. The former first lady often said she preferred to have a simple service.

Mrs. Bush will be buried behind her husband's presidential library at Texas A&M University in a gated plot surrounded by trees and near a creek where the couple's 3-year-old daughter, Robin, is buried. She died of leukemia in 1953. 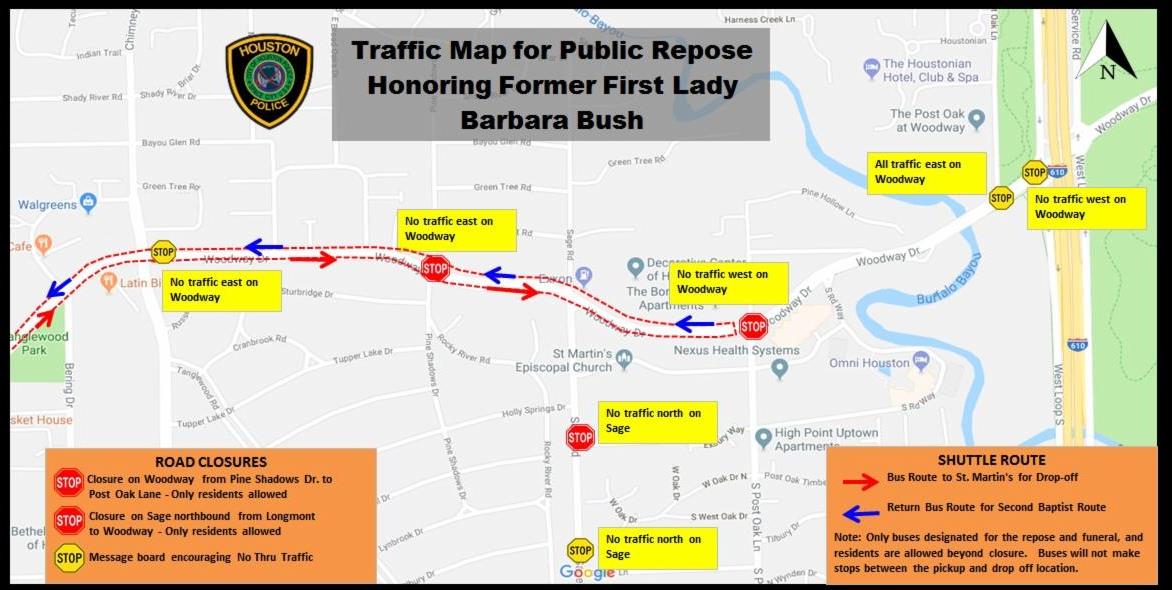