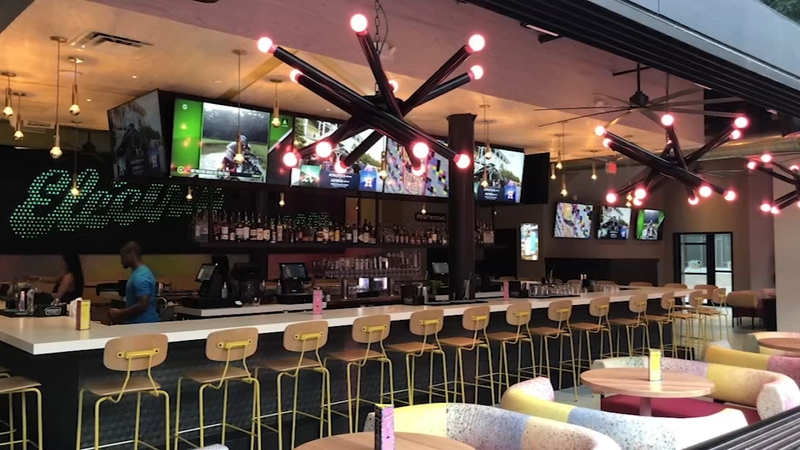 HOUSTON, Texas -- Midtown's newest party spot gives off some seriously retro vibes. If Electric FeelGood's influences weren't obvious from the pong arcade game by the stairwell or the Reading Rainbow-inspired "Feelin Fckn Good" neon on the second floor, its weekend afternoon menu is dubbed "Saved by the Brunch."

Only a couple of columns and a slab remain from the space's former life as Midtown Drinkery and Sage County. In its place, Carmack Concepts has built a two-story, 11,000-square-foot bar that's designed to complement, rather than compete with, its sister concept The Dogwood. The bar also fits in with its neighbors, Irish pub Jack & Gingers, rooftop lounge 77 Degrees, and Unicorn Disco, a joint venture from the owners of HandleBar and Kung Fu Saloon.

Inside, patrons will find a range of seating options, including comfortable, lounge-style couches on both floors. Upstairs, a massive TV - roughly the length of two 120-inch screens - can be split into up to eight feeds, which should be a draw for football weekends and March Madness.