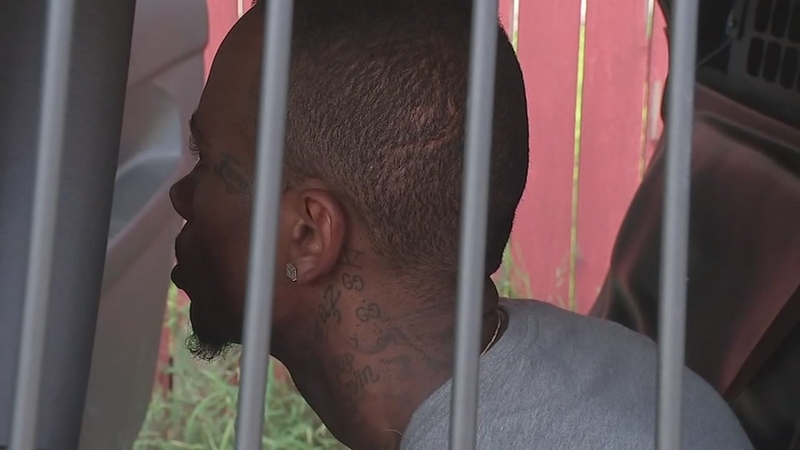 Officials say the incident occurred in east Houston at Beltway 8 and I-10.

Houston police told Eyewitness News the two men allegedly followed a man from a bank to a business, where they smashed his car window and attempted to steal the money inside.

The suspects have been identified as Eric Thomas, 29, and Princeton Raymond, 25, both from Baytown.

Officers said both men have convictions of similar crimes and were out on bond when Tuesday's crime was committed.

According to authorities, they were able to stop the suspects before they got away.

These are the two men arrested by @houstonpolice after officers said they caught them following a man from a bank and trying to steal his money. Their heads avoided the camera, but hear what they said to me only on @abc13houston at 6pm: https://t.co/ojWnXg9ArL pic.twitter.com/pbwFla0U0y