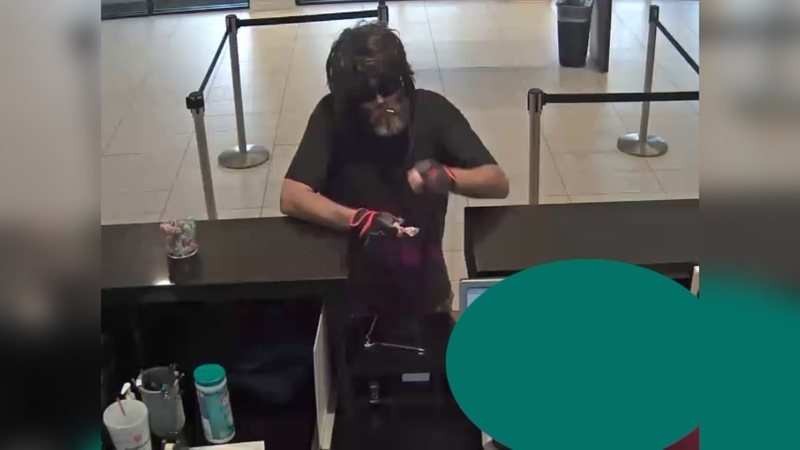 FBI on the hunt for bad hair bandit

HOUSTON, Texas (KTRK) -- The FBI's Violent Crime Task Force is on the hunt for a man who donned a shaggy brown wig before robbing a Houston bank.

Investigators said the bandit entered the Capital One on South Voss Road just after 3 p.m. on Wednesday and handed the teller a threatening note demanding money.

The suspect left the bank with an undisclosed amount of money and rode his bike northbound out of the shopping center. Nobody was injured during the interaction.

The suspect is described as a white male in his thirties between 5'10" and 6' tall. In addition to the wig, he was wearing a black T-shirt, camouflage cargo shorts, black tennis shoes and red biking gloves. He appeared to have short, graying hair beneath the wig.

Crime Stoppers will pay up to $5,000 for information leading to the suspect's arrest. Information may be reported by calling 713-222-TIPS (8477) or submitted online at crime-stoppers.org.