KTRK
By Mayra Moreno
HOUSTON, Texas (KTRK) -- Nearly a year after the death of an infant, the child's babysitter is now in jail charged with injury to a child.

According to documents, Sylvia Ann Taylor allegedly made an admission to causing the injuries that killed Kimberly Randle's daughter, Kyrie.

"You didn't get away with this," Randle expressed to Taylor in an interview with Eyewitness News. "You thought you had 10 months of freedom. No more. No more freedom."

"I'm dreading that day," Randle recalled. "I still see paramedics bringing her down the stairs."

On that day, Taylor was taking care of Kyrie and the girl's older brother.

For many months after Kyrie's death, Taylor maintained the baby rolled off some pillows. But Randle says she knew there was much more to it than a simple fall. She fought for months to get charges and an arrest, but said the district attorney's office didn't move fast enough.

"If I hadn't fought, we wouldn't be here today," Randle pointed out.

In response, the Harris County District Attorney's Office said, "Child deaths are (almost) always very medically complex, and it can take up to a year for the autopsy report to be completed. We continued to work the case with the HPD investigator, and then in the most recent interview, the defendant made admissions that gave us sufficient evidence to file charges."

On Sept. 1, during Taylor's third interview with investigators, she allegedly stated she dropped the baby on the kitchen floor, and remembered getting mad at her while giving her a bath. She said the girl hit her head on the sink, according to documents.

Taylor wasn't present for probable cause court on Thursday.

"She freaked out. Did not know what to do," Randle said.

Randle's battle is far from over, as she continues to lament the girl's death.

"I wonder, would she be walking now? She would be 17 months," she said.

She vows to continue fighting for the little girl who gave her so much joy in just six short months. 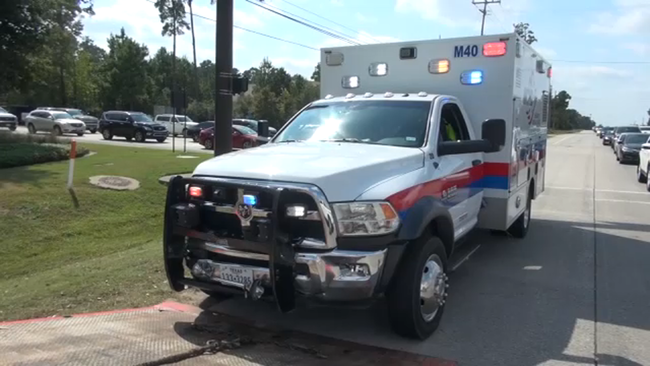 Ignoring homeless could lead to 'another body in the morgue'
Struggling family of 9 in South Houston gets Christmas miracle
COVID-19 travel restrictions in all 50 states you should know
Early Thanksgiving gift: Watson gets AFC player of the week honor
US jobless claims rise to 778,000 as pandemic worsens
Show More
ABC13 answers your questions about COVID-19 vaccines
Mom of 4 back home for holiday after 5-month virus battle
Meghan Markle reveals 'unbearable grief' of suffering miscarriage
Yes, there are Black Friday sales on plane tickets too
Texas' plan on COVID-19 vaccine distribution
More TOP STORIES News