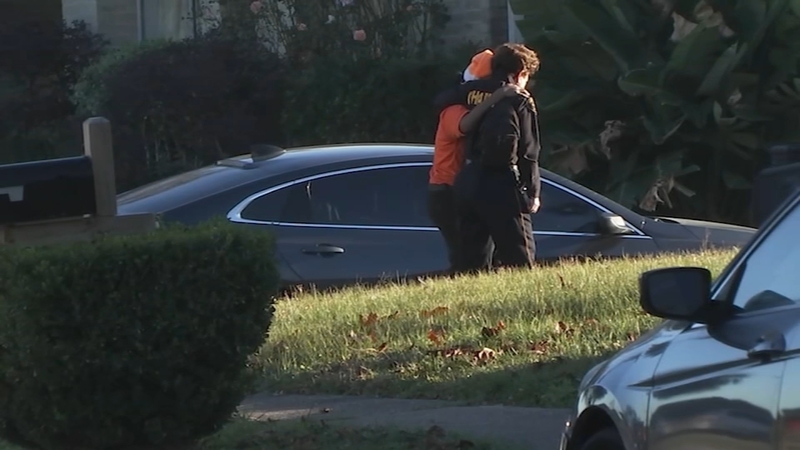 3-month-old suffocates while family is asleep

CHANNELVIEW, Texas (KTRK) -- A 3-month-old boy was killed when the baby managed to move into a shopping bag and suffocated, according to preliminary information from the Harris County Sheriff's Office.

This happened at a home in the 14800 block of Shottery Drive near Waterside.

Sheriff Ed Gonzalez said the grandmother was home watching the child, whose mother works the night shift at Whataburger. We're told two other young children were home at the time, along with two teens.

Gonzalez said the grandmother left the boy in the living room, where there's hardwood floors because he typically wouldn't move very much. The grandmother went to bed around midnight.

At some point during the night, officials believe one of the other children moved the child to another bedroom and placed him on a mattress, where he was wrapped in bedding. He apparently slept in bedding often.

Authorities said the baby somehow rolled off the mattress and onto a plastic shopping bag while everyone was sleeping.

"Even with bedding they can get their nostrils pressed against a sheet or blanket or pillow or in a bag of some kind, and they're not strong enough to be able to lift themselves or react. The breathing begins to become labored and it can be tragic or deadly, and in this case, it was," Gonzalez said.

Deputies say the grandmother woke up around 4 a.m. and went to the living room. When she didn't find the baby there, she panicked and searched from room to room, eventually finding the baby face down next to the mattress. He died at the scene.

The mother is distraught.

"Just a child and a mother and a broken heart forever," said neighbor Julie Hernandez.

Gonzalez stressed that everything is still preliminary and that the baby's death is under investigation.

The name of the baby has not been released. No one has been charged.

.@SheriffEd_HCSO says Grandma found her grandson around 4am. She went to the living room where she put baby to sleep last night, he wasn’t there, frantically went from room to room. Found baby face down next to mattress in a bedroom. #abc13 https://t.co/KXCIQC8GnJ pic.twitter.com/Wbi6aavGRt