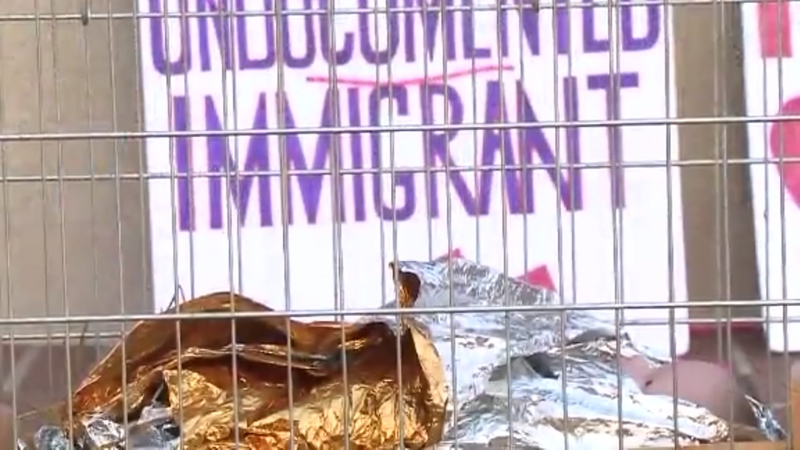 ALBUQUERQUE, New Mexico -- A model of baby Jesus in a manger is attracting a lot of attention in Albuquerque, New Mexico.

But this is not a nativity scene, it's a protest display showing baby Jesus in a cage.

It is meant to raise awareness about immigrant children separated from their parents at the U.S.-Mexico border.

The activists behind the display say they won't give up until the children are reunited with their families.

"It's terrifying and it's so destructive, and it's so negative and inhumane that if I wasn't doing this, I don't know if I could live with myself," said demonstrator Pauline Sims.