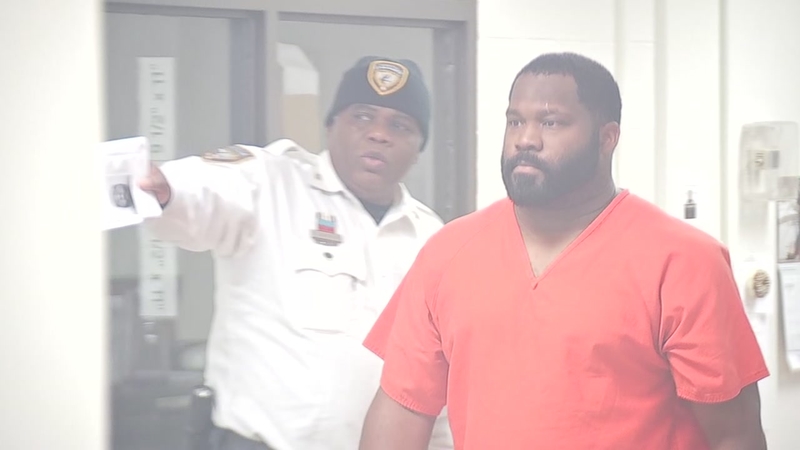 HOUSTON, Texas (KTRK) -- A man accused in the shooting death of his 24-year-old girlfriend is claiming it was an accident.

Our cameras were there early this morning when 29-year-old Jasper Davis appeared in court, charged in the murder of Jennifer Nicole Mamo.

Prosecutors said Davis got into an argument with Mamo after she accused him of flirting with another woman at a bar.

But Davis allegedly told deputies his girlfriend grabbed a gun during that fight, and that when he tried to take the gun away, it fired.

According to court documents, Davis told deputies Mamo was shot in the face.

Prosecutors allege Davis shot Mamo and then dumped her body by a creek on Birnam Wood in north Harris County.

When Davis' car became stuck at the creek, investigators said he called a friend for help.

The friend saw Mamo's body, told Davis he wasn't going to help him and then called 911, according to deputies.

Mamo's 7-month-old baby was found alone inside her home on Archer Glen.

Deputies believe the toddler was in the same room where her mother was killed. She was not injured.