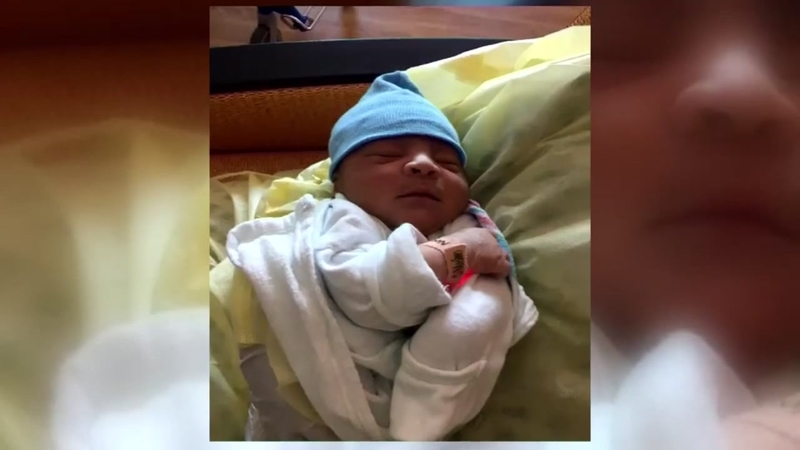 FAIRFAX COUNTY, Virginia -- A 10-year-old girl from Virginia is credited with saving her newborn cousin's life. It happened Monday afternoon at the family's home.

"Well at first she said she didn't feel well, in the beginning of the day," Chloe told WJLA-TV. "So I called my mom and she said she'd take her to the hospital after work."

The family now knows Chloe's aunt had been hiding her pregnancy from her loved ones. They say she went into the bathroom with stomach pains on Monday, and had no idea she was actually in labor.

Chloe says she then rushed into the bathroom, where her aunt had just given birth on the toilet.

"She gave me the baby because she got in the bathtub and she lost a lot of blood, so she fell and passed out. So I called 911," said Chloe.

Then, she Facetimed her mother, April West.

"She told me that her aunt had a baby in her stomach and I said no she didn't," recalls West. "And Chloe said yes she did. And then she turned the phone around because we were on Facetime, and on the camera I saw this little face."

Chloe said she remembered watching several YouTube videos about taking care of baby dolls, and she decided to put those skills to work with the real thing.

"The videos helped me with swaddling and cleaning him up from everything," she said.

Chloe even cut the infant's umbilical cord, with the help of 911 dispatchers who walked her through it.

"She told me to get something to cut it with, so I got the house scissors," said Chloe. "And she told me to tell my aunt to stay calm, to swaddle the baby but try to wipe off most of the blood, and to wait for paramedics to arrive and to get my aunt some water."

Crews from Fairfax County Fire and Rescue confirmed they arrived at the family's home at about 4 p.m., in response to a call about a woman who had just delivered a baby.

West arrived at the house just a few minutes before paramedics.

"Chloe was just standing at the front door with the baby swaddled, and she was rocking him back and forth," said West. "I'm very proud of her. She was so brave. Even as an adult, I don't think I could have done what she did."

The family said Chloe's aunt and the newborn were taken to Inova Fairfax Hospital, where both mother and baby are said to be doing well.

As for why Chloe's aunt hadn't told anyone about her pregnancy, relatives said she was scared and overwhelmed. But they say she has every intention of raising the child.