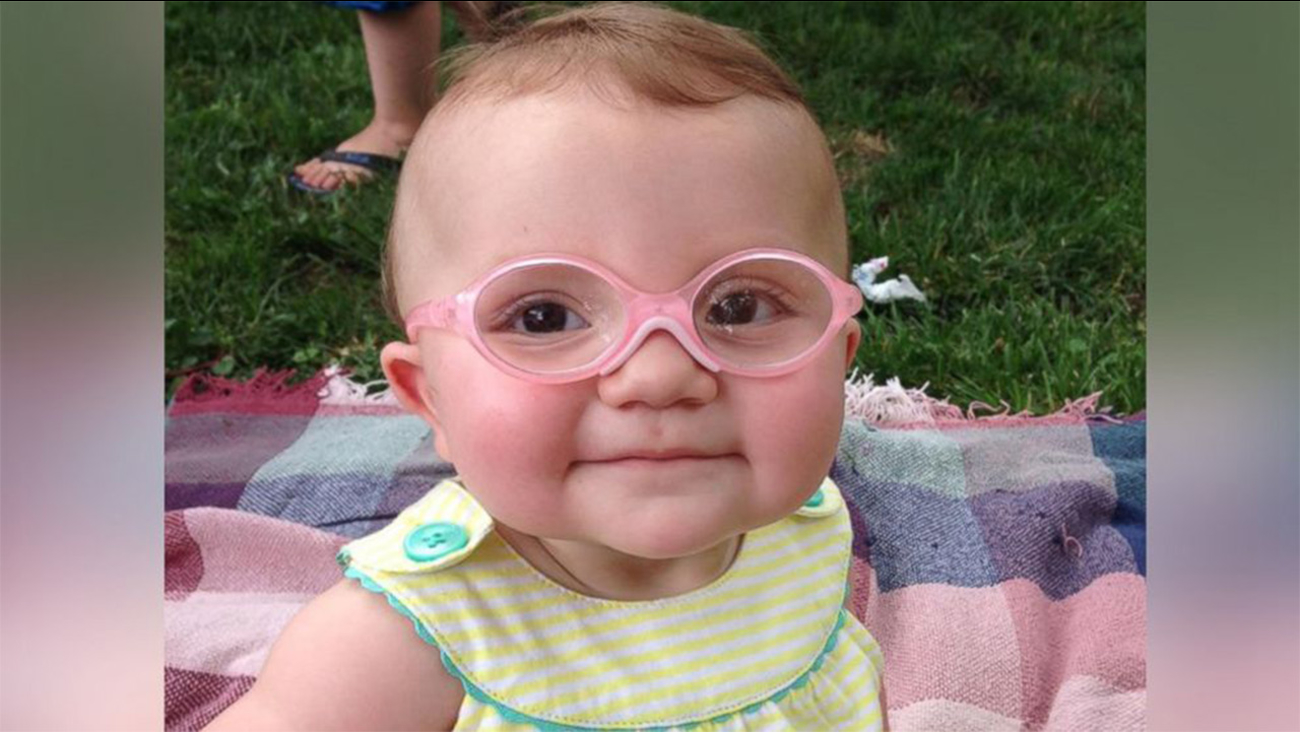 Piper, 10 months, was delighted to be able to see her parents when she put on her custom-made glasses for the first time. (Jessica Sinclair/ABC News)

When Piper Verdusco tries on her glasses and sees her parents clearly for the first time, her smile makes it clear what a difference the glasses make.

Mom Jessica Sinclair told ABC News that it was a special moment for her as well as for Piper's dad, Andrew Verdusco.

"What you can't see is I was choking back tears of joy that she could see the world the way it was meant to be," Sinclair said. "It was a fantastic moment to witness."

Sinclair said the couple realized baby Piper needed glasses after a trip to the doctor. They had taken her to a pediatrician because she was not yet crawling.

"They thought she might have a stigmatism," Sinclair said. "She didn't, but she's extremely far-sighted and so needed glasses."

After receiving Piper's custom-fit glasses, the family went out to celebrate, which is when they took the video. Piper struggles a little as the glasses are put on her, but she stops when she realizes their effect. Her mouth falls open as she intently examines the newly sharp image of her mother. Her dad then says her name, causing Piper's eyes to snap in his direction.

"Can you see?" Mom asks, to which dad replies, laughing, "I think she can."

Piper continues to look back and forth between mom and dad, much to her parents' delight.

The adorable video has been viewed a staggering 18 million times on Facebook. Sinclair said she hoped when she posted the video it would be a reminder for parents to get babies' eyes checked, but she is amazed by the response.