'I have to act fast:' Newspaper carrier recounts moment he discovered newborn in road 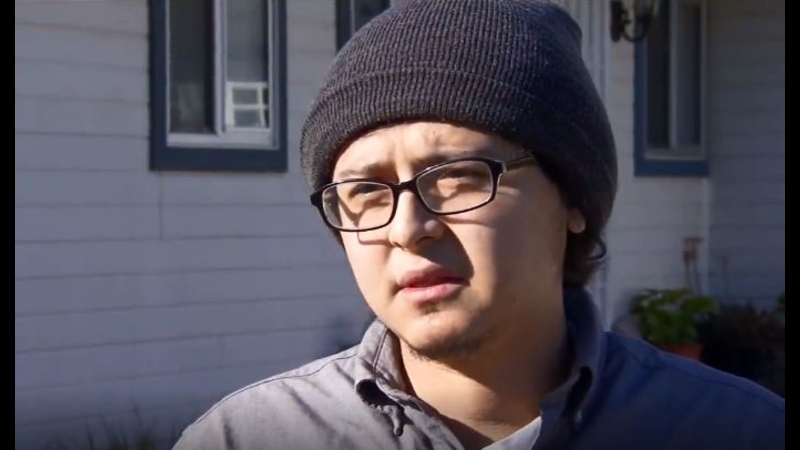 It was just after 4:30 a.m. Monday when the 21-year-old found the hours-old newborn in nothing but onesie pajamas.

MADERA, Calif. -- It's a moment that shook a newspaper carrier to his core.

"I see a bright white thing laying on the road I'm like, 'Is this an animal?'" Aurelio Fuentes Jr. said.

Two hours into his route, Fuentes, 21, saw something in the road.

"I approached slowly," Fuentes said. "Next thing you know, I see it's red; you can see the face--I saw a face. It's a baby."

Spray paint on the road where the baby was found leaves an eerie reminder of the rescue.

It was just after 4:30 a.m. Monday when the 21-year-old found the hours-old newborn wearing nothing but a onesie.

"It could've been worse because it's pitch black," Fuentes said. "There could've been coyotes; there's cars going by fast down that road."

Moments after calling 911 another driver waited with him, to help comfort the baby until an ambulance arrived.

The baby girl is being treated in the Neonatal Intensive Care Unit at Valley Children's Hospital.

"The baby was cold, but luckily she was discovered early enough that she'll make a full recovery," said Undersheriff Tyson Pogue with Madera County Sheriff's Office.

The investigation continues into why the newborn was left in the middle of the road and who is responsible.

The baby girl was abandoned steps away from a Madera Ranchos Church. The pastor of the church says the speed limit here is 45 miles an hour and it’s a miracle the newborn was found and survived. pic.twitter.com/v93eMxgJry

Investigators are now working with neighbors in the area tracking down surveillance video and a witness who came forward saying he came into contact with the distraught mother before leaving her baby.

"This female got out of her car asked the man if he could help her and asked him to take her child," Undersheriff Pogue said.

That witness suggested taking the baby to a nearby staffed firehouse or hospital both considered safe surrender sites where they will take a baby no questions asked.

The mother was last seen in a white smaller SUV. She faces charges including felony child endangerment; investigators said they may even consider charging the mother with attempted murder.