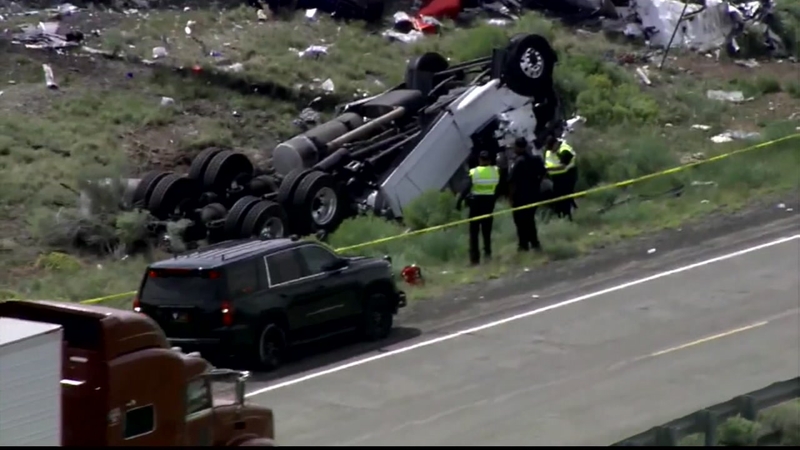 THOREAU, New Mexico (KTRK) -- A mother delivered twins after a bus crash that killed at least seven people in New Mexico Thursday, according to reports.

The babies were transferred to the University of New Mexico Medical Center and are in neonatal intensive care. The mother is at Rehoboth Hospital.

The babies and their mother are all reported to be in stable condition.

At least seven people were killed and others were seriously injured in the head-on crash involving a commercial passenger bus and a semi-truck along Interstate 40 in New Mexico, near the Arizona border, authorities said.

According to preliminary information, the semi was headed east when it blew a tire, sending the rig across the median and into oncoming traffic where it smashed into the bus, New Mexico State Police said.

Six other bus passengers were being treated at University of New Mexico Hospital with three more patients expected to be sent there.