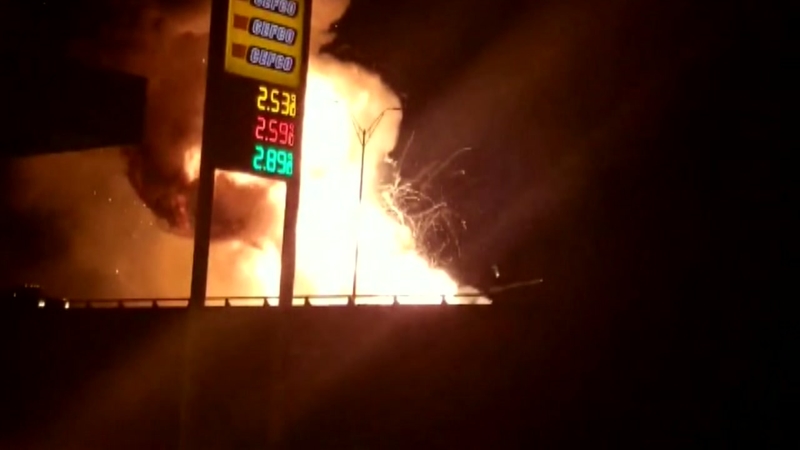 BELTON, Texas -- A section of Interstate 35 in Texas was reduced to the consistency of gravel after a truck carrying Axe body spray exploded due to a fire igniting the highly flammable aerosol cans.

An 18-wheeler was driving on I-35 through Belton, Texas, about 60 miles north of Austin, around 4 a.m. Friday when the driver saw a fire in his rearview mirror, according to KXXV-TV. The driver pulled over to the shoulder and detached the trailer from the truck.

The trailer exploded when the fire reached the trailer and its containers of aerosol deodorant, KWTX-TV reports. Spray cans were launched in both directions of I-35 like a bizarre fireworks display.

Despite the large explosion that snarled traffic on the interstate for about eight hours as the strongly-scented wreckage was cleared, no one was hurt.

Jodi Wheatley, spokeswoman for the Texas Department of Transportation, said three lanes and both shoulders on the section of I-35 will need to be removed and replaced because of the intensity of the fire.