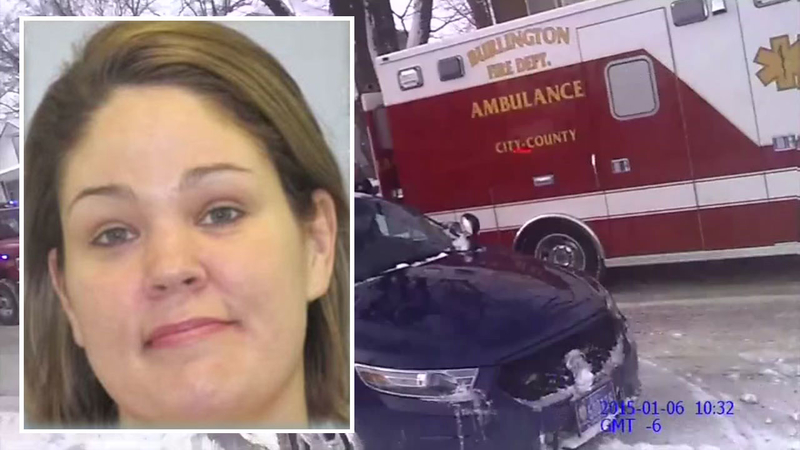 DES MOINES, Iowa -- After police fought for years to conceal the footage, bodycam video has been released in the accidental 2015 shooting death of an Iowa mother.

WARNING: Video in this story may be disturbing to some viewers.

Autumn Steele's death at the hands of a police officer cost the city of Burlington a $2 million settlement, WHO-TV reports.

An officer who responded to a domestic dispute at Autumn's home drew his weapon when he was attacked by the couple's German Shepherd.

According to Burlington police, the officer accidentally fired when the dog charged after him a second time.

The newly-released video shows the chaos in the moment the gunshots erupted.

"Get your dog!" Officer Jesse Hill screams before you can hear gunfire.

"You shoot her?" another officer asks.

The Burlington Police Department says Hill was "deeply distressed" by the shooting "as any human being would be in those circumstances."

Hill was cleared of any wrongdoing in Autumn's death.

Randy Evans with the Iowa Freedom of Information Council says he fought for three years to see the video was released.

"The people of Iowa have a right to know what really went on, to see for themselves to judge for themselves and to make their own conclusion," Evans said.
Report a correction or typo
Related topics:
iowaofficer involved shootingwoman killeddog attacku.s. & worldbody cameras
More Videos
From CNN Newsource affiliates
TOP STORIES