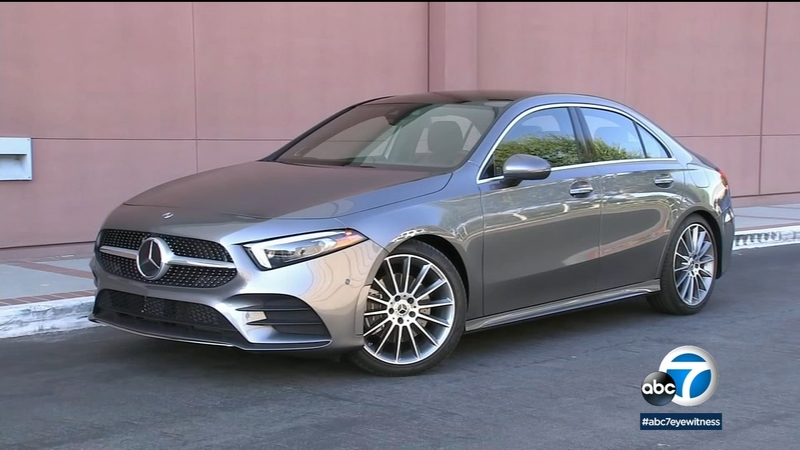 How about a smaller, nimbler Mercedes-Benz for less money than other Mercedes models?

After being available in Europe for some time, the A-class sedan has now landed in the United States. And its formula is a familiar one.

Back in 1984 a smaller, nimbler Mercedes-Benz was also launched. Officially called the 190E, it picked up the nickname of "Baby Benz."

Like a lot of cars, it evolved and grew, eventually becoming the model today known as the C-class. So Mercedes-Benz USA decided it was time to bring in a smaller sibling: the A-class.

The new A220 sedan gets a lot of style points on the outside and the inside. The design mimics that of larger Benz models, just as you might expect.

One break from decades-long Mercedes tradition - it has front-wheel drive instead of rear-wheel drive. Or all-wheel drive via the Mercedes-Benz 4matic system if a buyer chooses. Most drivers won't really notice one way or the other which wheels are moving the car along.

And the new A220 is not exactly a powerhouse under the hood, but neither was the Baby Benz from 1984. The turbocharged 2.0-liter four cylinder engine makes 188 horsepower, and gets the job done without a lot of drama. Standard transmission in the A220 is a 7-speed automatic.

Back in 1984, the new 190E Baby Benz carried a base sticker price of about $23,000. That was far less than Mercedes' mid-size models, but about twice the price of a loaded Toyota Camry at the time. That MSRP of the 190E would translate to about $57,000 in 2019 using one of those online inflation calendars.

But like most cars from premium brands, options and packages can make that bargain price swell like crazy. The A220 4matic that Mercedes-Benz USA let me test had nearly every extra available. So the base price of $34,800 ballooned to nearly $52,000 when all was said and done at the bottom of the window sticker. That difference of over $17,000 would buy you an entire second entry-level car from a low-priced brand.

But the little Mercedes is targeted at young urban dwellers who want luxury and tech, but don't want to drive something too big. With good looks, nimble handling and reasonable fuel economy, this new Baby Benz could be a worthy descendant of the car that put small, affordable Mercedes into a lot of garages all those years ago.
Report a correction or typo
Related topics:
automotiveauto industryluxury vehiclesmercedes benz
Copyright © 2021 KABC-TV. All Rights Reserved.
More Videos
From CNN Newsource affiliates
TOP STORIES