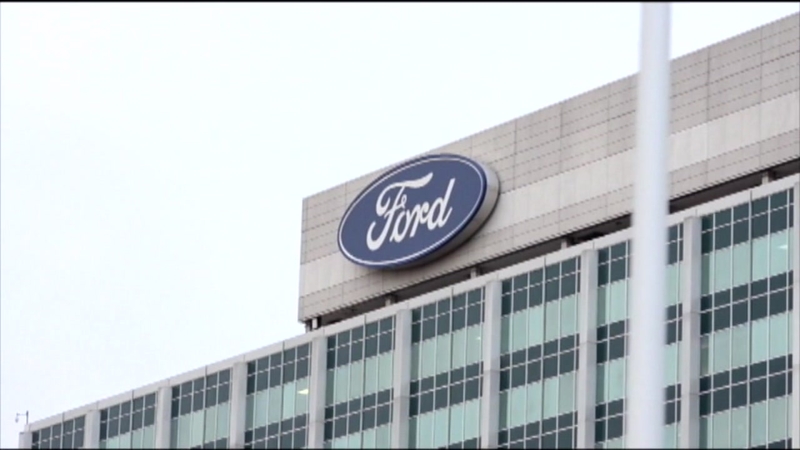 DETROIT, Michigan -- Ford is telling owners of about 2,900 Ranger small pickup trucks not to drive them after finding out that an exploding Takata air bag inflator killed a Ranger driver in West Virginia.

The death occurred July 1 in West Virginia, and Ford said it found out about it in December. After some investigation, the company determined that the truck's inflator was made on the same day as one that exploded and killed a South Carolina man driving a Ranger in 2016. So the company issued the urgent new recall for Rangers with inflators made on the same day.

"We take this matter very seriously and are advising owners of these specific 2006 Ford Rangers to stop driving their vehicles so dealers can make repairs immediately," Ford said in a statement Thursday.

Dealers will repair the trucks at owners' homes or tow them to dealerships for the work, spokeswoman Elizabeth Weigandt said. The company also will offer loaner vehicles if needed.

"It's critical that this message reaches all affected owners," the National Highway Traffic Safety Administration said in a statement. "It is extremely important that all high-risk air bags are tracked down and replaced immediately."

The West Virginia death is the second involving a Ranger and the 21st worldwide caused by Takata inflators.

The inflators, which use ammonium nitrate as a propellant, can explode with too much force, blowing apart a metal canister and spewing shrapnel. The problem touched off the largest string of auto recalls in U.S. history and forced Takata into bankruptcy. More than 180 people have been injured.

Ford issued a new recall for the 2,900 Rangers in the U.S. and Canada.

Weigandt said she didn't know any details about the West Virginia death other than Ford was notified about it Dec. 22 and the company inspected the vehicle on Dec. 27. The West Virginia Ranger was covered by a previous recall that came after the South Carolina death, but Weigandt said it issued a new recall because of the immediate danger from this lot of inflators.

In January of 2016, Ford recalled about 391,000 Rangers in the U.S. and Canada from the 2004 to 2006 model years to replace the driver's air bag inflators. The recall came after the government announced that Joel Knight, 52, of Kershaw, South Carolina, was killed by an inflator. Knight was hit in the neck by metal shrapnel after his 2006 Ranger hit a cow in the road and struck a fence.

(Copyright 2018 The Associated Press. All rights reserved. This material may not be published, broadcast, rewritten or redistributed.)
Related topics:
automotiveairbagstakataauto recallu.s. & worldford
Copyright © 2021 by The Associated Press. All Rights Reserved.
AUTO RECALL
Chevy Bolt EV recall: Cars should be parked outside due to fire risk
GM truck recall: Side air bags can explode in Chevy, GMC pickups
Is your vehicle under a recall? Here's how to check for that
Is your car 1 of 1.5 million in Houston with an open recall?
TOP STORIES
Wife says she now wants the vaccine, but doctors say it's too late
Man's body found decomposed in Galveston Co., sheriff confirms
Thick smoke fills west Houston sky as building fire burns
Deshaun Watson's jersey not for sale in Texans team shop
East Texas Sheriff sends message out to suspects who are on-the-run
Parents, teachers say they've been stripped of weapons against COVID
Popular zydeco musician shot in the back while at Louisiana concert
Show More
COVID cases expected to double in Galveston Co., experts say
Less rain this weekend, more storms to come next week
Inmate found without a pulse in League City, authorities say
1 killed in major crash south of downtown
Bond set for man accused of killing wife, shooting 2 kids
More TOP STORIES News