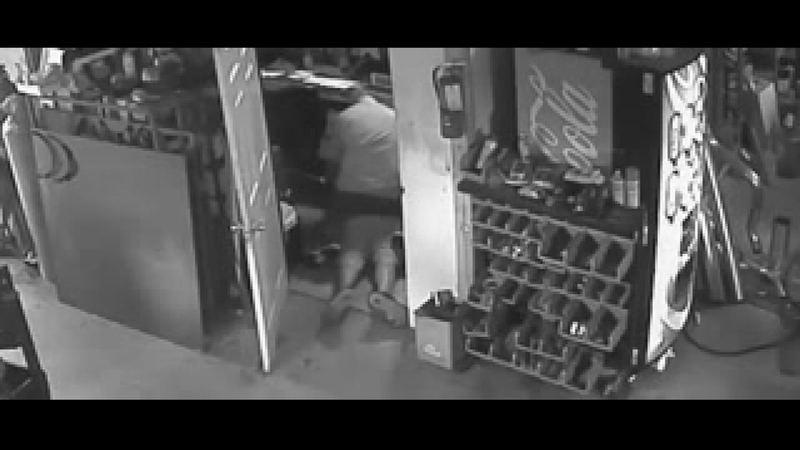 HOUSTON, Texas (KTRK) -- Police are asking for the public's help tracking down three men who beat an auto shop worker during a violent robbery in southeast Houston.

The incident was caught on camera. It happened last month at the business on Hollock Street near Clearwood Drive.

Police are releasing the surveillance video in the hopes that someone knows the suspects and will help get them off the streets.

In the video, two of the men have guns. They rush into Aces Performance Exhaust just as an employee is opening for the day around 7:48 a.m.

A third man comes in and kneels on top of the employee, mercilessly beating him with his fists and smashing bottles over his head.

The assault on the employee goes on for five full minutes.

The owner said his worker complied with every demand and yet the suspect would not stop hitting the employee.

The men took a safe from the shop that held the owner's life savings. The employee is okay, but the video is still shocking to those who work here.

"You can see the guy actually broke about three bottles on his head, the guy went at him. Even after everybody left, he was still there just hitting him like he had a grudge against him," said shop owner Rolando Segura.

The suspects are described as Hispanic men between 28 and 32 years old. They left in a Toyota Camry.

If you know the suspects or have seen them, you are urged to call Crime Stoppers at 713-222-TIPS.

A $5000 reward is being offered for information leading to charges or arrests in the case.