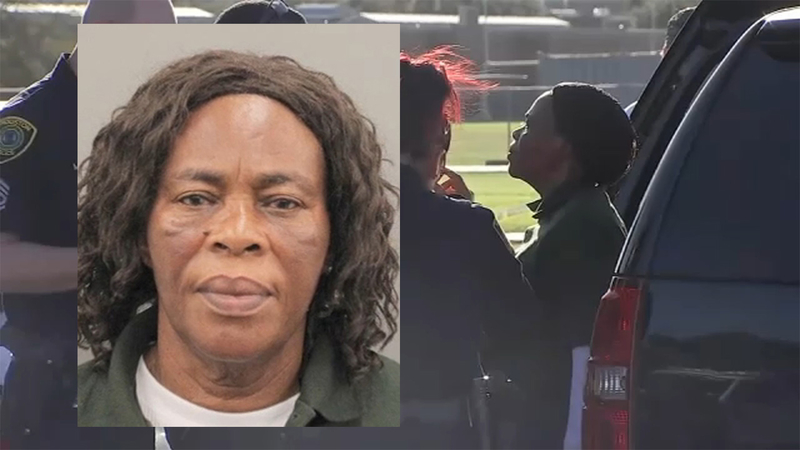 Police told ABC13 surveillance video of the crash shows a group of several teens on the sidewalk, crossing the street shortly after school let out.

"For someone who is there every day and knows exactly what the students do at 2:30 in the afternoon, to be driving like that in that lane at that speed, it defines reckless," prosecutor Sean Teare said.

Alief ISD increased police presence around the school Thursday, though the district did not wish to speak on the specifics of the crash.

"We have counselors at the school, we have, as you can see, implemented new security guard policies, crossing guard policies, to ensure a safer exit from school, which is where this took place yesterday," said Craig Eichhorn with Alief ISD when he spoke with ABC13.

When asked if those policies should have been implemented before, Eichhorn declined to comment.

READ MORE: Oh my God, what did I do?' Cafeteria worker charged in crash that hurt student
EMBED More News Videos

Police say 56-year-old Chinyere Iheagwam was driving a red Chevy in the 4400 block of Cook Road near Hastings High School when she reportedly struck the student.