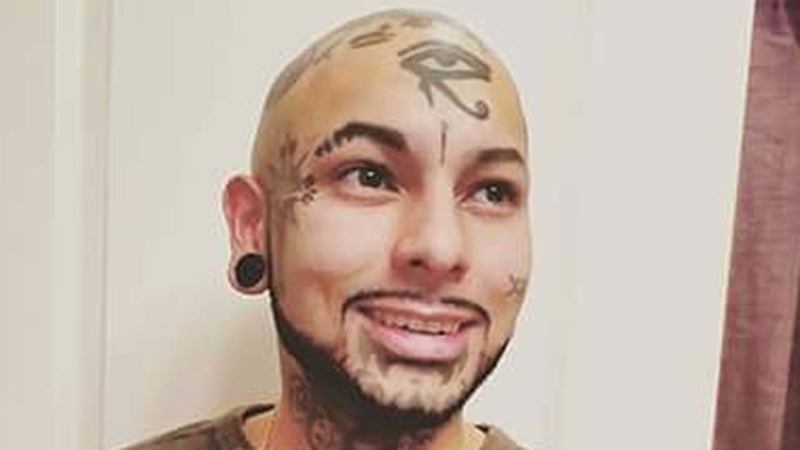 HARRIS COUNTY, TX (KTRK) -- Relatives of a man struck and killed by a hit and run driver are pleading for the public's help in finding the person responsible.

Alexander "Alex" Roberto Chavez, 23, died at the scene in the 8600 block of Furay in northeast Harris County around 9:40pm Tuesday.

Wednesday night, his mother and two dozen other relatives retraced his steps by candlelight, stopping to hold a vigil at the place where Chavez's body was found. They then marked it with 23 candles in the shape of a cross.

"That's how old he is. That's how I'll remember him at that age," said Ricardo Chavarria, his step-father.

Eyewitnesses claim two vehicles were speeding down the dark road when, according to the Harris County Sheriff's Office, one of them, a gray 2005-2010 Chrysler 300 sedan, hit Chavez and then took off. He was barely a block from his house.

Longoria says her son was an artist who wasn't afraid to be himself.

"You can never judge a book by its cover. He was never what he looked like. He was all heart His tattoos were religion tattoos," she said.

Chavez was walking down the road because there are no sidewalks. Speeding has also been a long time concern, according to neighbors.

His family is now making a public plea for information that leads to the person behind Chavez's death.

"He didn't deserve to get thrown like that, like his life wasn't worth anything," said Letty Rangel, a cousin.

"Somebody has to know something," added his mother.