Driver slams into pedestrian near bus stop on Houston's south side

KTRK
HOUSTON, Texas (KTRK) -- A driver is believed to have been intoxicated after slamming into a pedestrian near a bus stop on Houston's south side.

Investigators say the impact of the crash was so strong that the victim hit the front and back windshields. According to authorities, the victim was taken to a hospital in critical condition.

Police say the victim was not walking in a crosswalk, but rather near a bus stop, and the driver of the vehicle is believed to have been intoxicated.

The Harris County District Attorney's Office is raising concerns as this crash is the second one authorities responded to overnight. Earlier, a victim was killed when an SUV landed on him during a horrific crash along the Southwest Freeway.

"You know, this is, this is what we were all worried about, as we all start to get back out on the roads and open back up," Sean Teare with the district attorney's office said. "We've seen two tonight that potentially result in the loss of life." 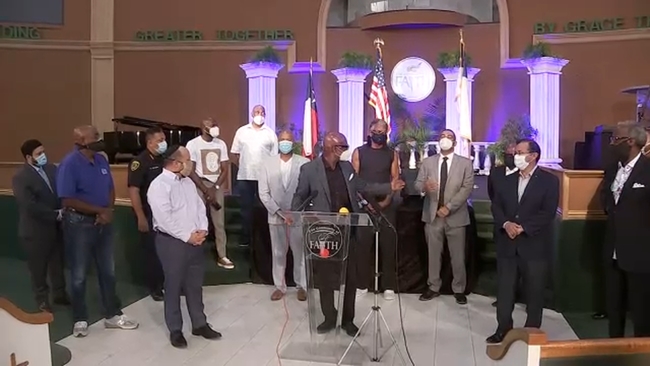