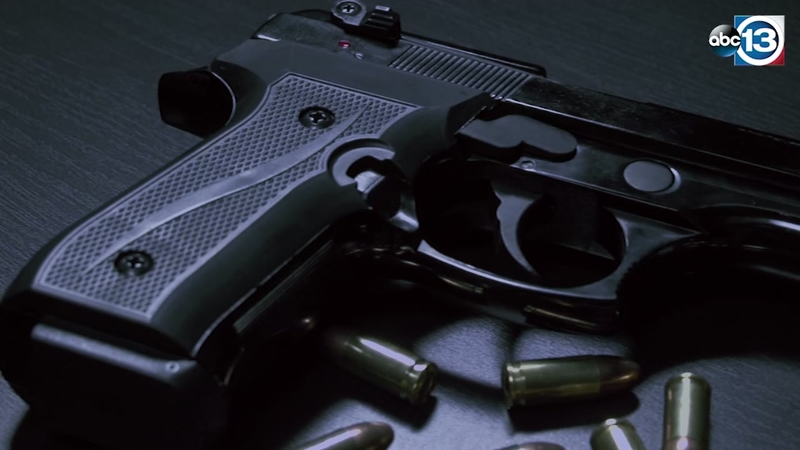 The bill approved Wednesday night by the state Senate changes the 6-year-old school marshal program that had limited the number of armed marshals, and instead opens campuses to as many as local school districts feel they need.

The bill was among several school security measures pushed by Gov. Greg Abbott after a gunman killed eight students and two substitute teachers at Santa Fe High School on May 18, 2018.

Abbott, a Republican, is expected to sign the bill into law. None of the changes the Republican-controlled Legislature has advanced include any new restrictions on gun purchase or ownership .

Texas isn't alone in its push to arm more educators. Florida recently approved increasing the number of armed teachers in response to the February 2018 shooting at Marjory Stoneman Douglas High School in Parkland that killed 17.

The Texas school marshal program was created shortly after the 2012 shooting at Sandy Hook Elementary School in Newtown, Connecticut, but was slow to take hold. Schools are not required to have armed marshals and many larger districts employ their own police or contract with local law enforcement.

Texas had less than 40 certified school marshals across more than 1,000 public school districts in early 2018. Applications rose sharply after the Santa Fe school shooting and the number of school marshals is now close to 200.

Current law limits the number of school marshals to one per 200 students or one per building. The measure approved Wednesday removes those caps.

The marshals would still have to keep their guns locked away from students. An effort to let marshals carry concealed weapons wherever they go was not included in the bill and may not pass, said Sen. Brandon Creighton, an author of the school marshal expansion bill.
Gun rights advocates say the marshals will save lives. But teachers' groups and gun control activists worry that more guns on campus, even concealed weapons, will lead to potentially lethal accidents. Critics have also suggested that it could lead to more violence against African American students because of inherent biases.

According to the Giffords Law Center, there have been more than 65 reported incidents of mishandled guns at schools in the last five years, ranging from a teacher's gun falling from his waistband to a security guard leaving a weapon on a bathroom counter.

"Arming teachers is not the way to fight school violence," said Clay Robison, spokesman for the Texas State Teachers' Association.

Abbott had listed school security as a top priority for the legislative session that convened in January and ends on Monday.