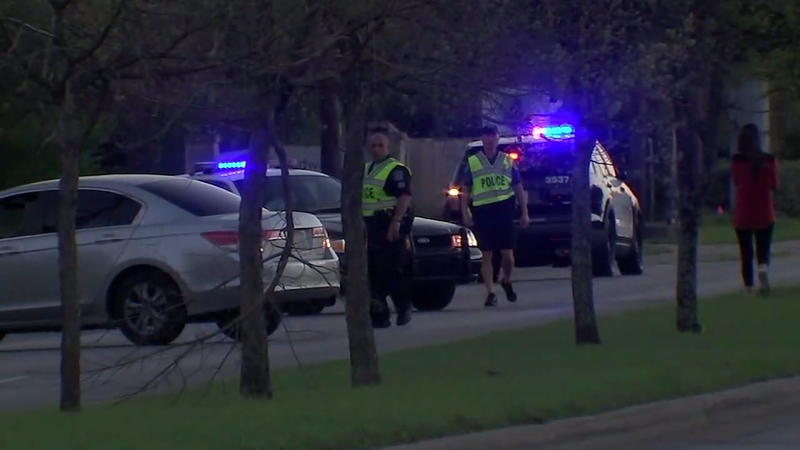 Explosion at Austin Goodwill store not tied to package bombs

AUSTIN, Texas -- Police say someone dropped off a box containing an artillery simulator at an Austin Goodwill that detonated, injuring an employee and triggering a bomb scare.

He says there's also "no reason to believe" this was a copycat incident.

Reyes says that when Goodwill received the box, they decided it wasn't appropriate for donation. While trying to dispose it, an employee handled one of the artillery simulators and it went off.

The employee was treated and released. Artillery simulators are devices sometimes used in military training.

Reyes says such military items are sometimes mistakenly donated to Goodwill rather than being properly disposed of.

Reporter Tom Abrahams reports from near the scene of the sixth explosion in Austin in 18 days.

#UPDATE: There was no package explosion in the 9800 block of Brodie Ln. Items inside package was not a bomb, rather an incendiary device. At this time, we have no reason to believe this incident is related to previous package bombs. #Breaking #packagebombmurders

The explosion came as investigators who have pursued a suspected serial bomber terrorizing Austin for weeks uncovered what seemed like valuable new leads in the case.

Even before the report of the Goodwill blast, it had already been a busy day for authorities. Before dawn Tuesday, a bomb inside a package exploded around 1 a.m. as it passed along a conveyer belt at a FedEx shipping center near San Antonio, causing minor injuries to a worker. The Austin Police Department, the FBI and other federal agencies confirmed that the package center blast was related to four previous ones that killed two people and seriously injured four others.

Officials responding to reports of another explosion in Austin

That explosion occurred at a FedEx facility in Schertz, just northeast of San Antonio and about 60 miles (95 kilometers) southwest of Austin.

Later in the morning, police sent a bomb squad to a FedEx facility outside the Austin airport to check on a suspicious package that was reported around 6:20 a.m. Federal agencies and police later said that package had indeed contained an explosive that was successfully intercepted by authorities. They added that the intercepted package, too, was believed to be related to the other bombings.

Meanwhile, authorities also closed off an Austin-area FedEx store where they believe the bomb that exploded was shipped to the distribution center. They roped off a large area around the shopping center in the enclave of Sunset Valley and were collecting evidence, including surveillance camera footage.

Then, authorities closed off an Austin-area FedEx store where they believe the bomb that exploded was shipped to the distribution center - roping off a large area around the shopping center in the enclave of Sunset Valley and were collecting evidence, including surveillance camera footage.

Re Haz Mat Task Force 9801 Brodie at Goodwill. Austin Fire on scene at reported package explosion. @Austin_Police and @ATCEMS on scene as well. One reported injury and crews evacuating building

U.S. Rep. Michael McCaul, a Republican from Austin who is chairman of the House Homeland Security Committee, said that investigators have obtained surveillance videos that "could possibly" show a suspect, but are still poring through video.

"I hope his biggest mistake was going through FedEx," McCaul, who has spoken to federal investigators and Austin police Chief Brian Manley, said of the bomber in a phone interview.

He added that the person responsible for the bombings had previously been "very sophisticated in going around surveillance cameras."

"They've got a couple of videos that could possibly be the person but they're not sure at this point," McCaul said.

Before it exploded, the package had been sent from Austin and was addressed to a home in Austin, Texas Attorney General Ken Paxton said.

SUSPICIOUS PACKAGE 101: If you receive a package you weren't expecting, these signs could be red flags of a potential hazard inside.

In a statement, FedEx officials said the same person responsible for sending the package also shipped a second parcel that has been secured and turned over to law enforcement. A company spokeswoman refused to say if that second package might have been linked to the one reported at the distribution center near the airport.

The Schertz blast came less than two days after a bombing wounded two men Sunday night in a quiet Austin neighborhood about 3 miles (5 kilometers) from the FedEx store. It was triggered by a nearly invisible tripwire, suggesting a "higher level of sophistication" than agents saw in three package bombs previously left on doorsteps, according to Fred Milanowski, the agent in charge of the Houston division of the Bureau of Alcohol, Tobacco, Firearms and Explosives.

A criminologist at the University of Alabama said if a single perpetrator is behind the blasts, changing the means of delivery increases the bomber's chance of getting caught.

"I think it would suggest that the bomber is trying to stay unpredictable," Adam Lankford said. "But it also increases the likelihood that he would make a mistake."

Authorities have not identified the two men who were hurt Sunday, saying only that they are in their 20s and white. But William Grote told The Associated Press that his grandson was one of them and that he had what appeared to be nails embedded in his knees.

On the night of the fourth bombing, one of the victims was riding a bike in the street and the other was on a sidewalk when they hit the tripwire.

"It was so dark they couldn't tell, and they tripped," Grote said.

In Washington, President Donald Trump said the assailant behind the bombing is "very sick."

During an Oval Office meeting Tuesday with Saudi Arabia's Crown Prince Mohammed bin Salman, the president said, "This is obviously a very sick individual or individuals," and authorities are "working to get to the bottom of it."

Despite bombing tactics that have now shifted, investigators have repeated prior warnings about not touching unexpected packages and urged people to be wary of any stray object left in public. Austin police say they have now responded to more than 1,200 reports of suspicious packages in a little more than a week - without finding anything dangerous.

Officers originally pointed to possible hate crimes, but the victims have now been black, Hispanic and white and from different parts of the city.