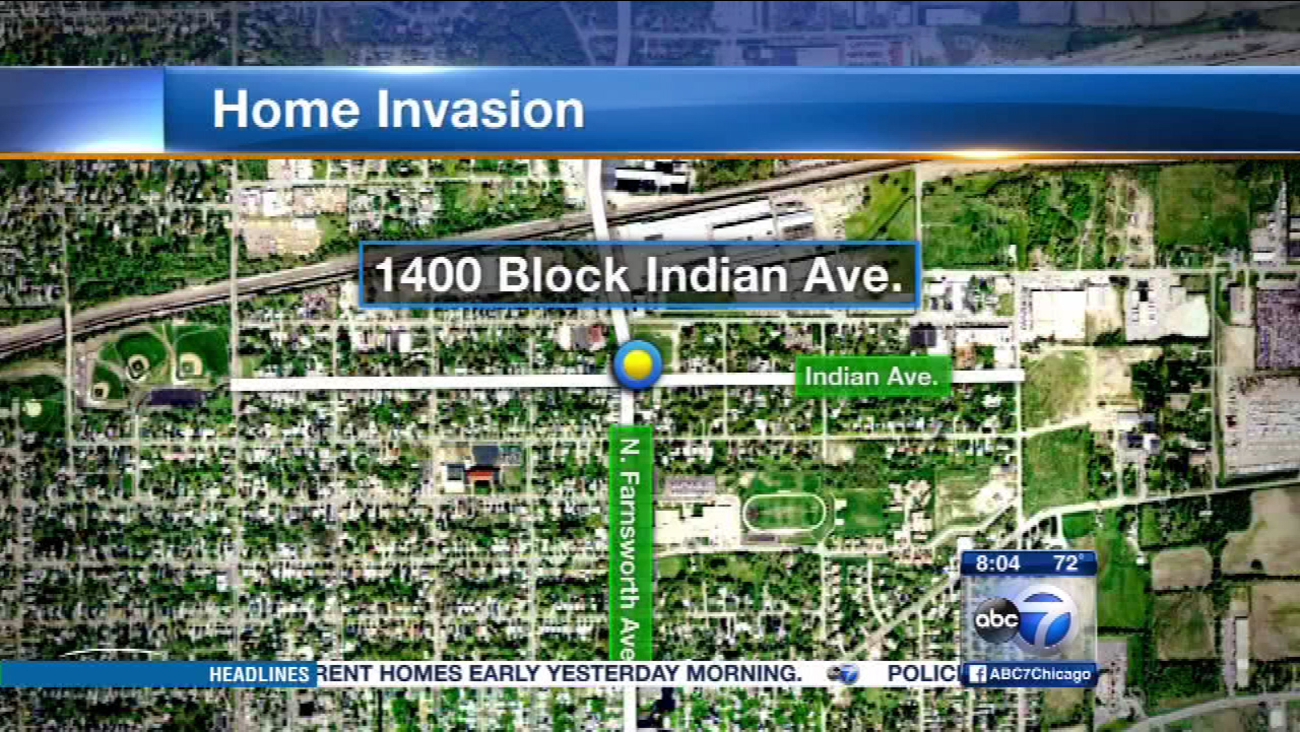 AURORA TOWNSHIP, IL -- Three robbers, who broke into an Aurora Township apartment early Saturday, are believed to have realized they had the wrong apartment and then went upstairs to break into another unit, police said.

The men, dressed in black and wearing masks, entered a lower apartment in the 1400-block of Indiana Avenue and demanded money or drugs from the occupant, according to the Kane County Sheriff's Department. The resident fought off the men, two of whom had guns.

At that point, investigators believe the men realized they were in the wrong place.

The men then went upstairs and tied up at least one person in that apartment before taking a large amount of cash, police said.