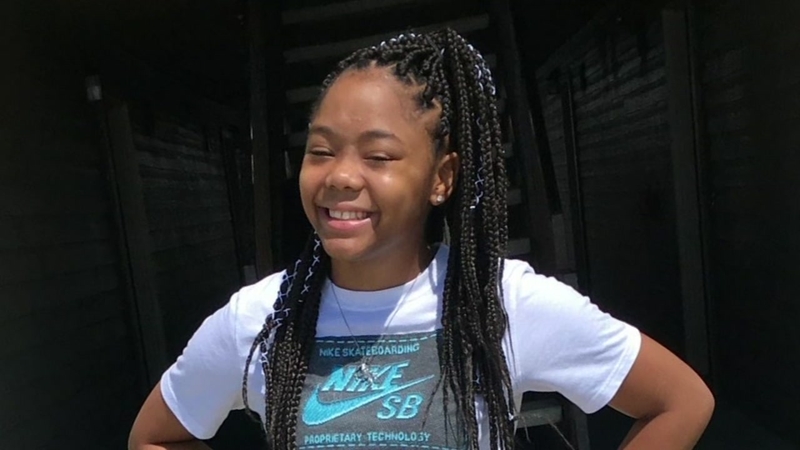 In the eyes of a broken mother, there lies the pain of losing a child.

"Why do I have to wake up and she's not here?" cried Mamie Jackson.

The beloved 7th grader was punched and kicked in the head a number of times. That was Thursday. By Sunday, she complained of serious headaches and fell unconscious.

At the hospital, her mother says doctors discovered a tumor in her brain, but also fluid build-up.

As Kashala was on life support, her mother discovered the video of the brutal fight.

"It's not fair," Jackson said. "She did not deserve that. She kept saying 'Stop.' She didn't even want to fight, but they kept going."

She added, "I've never met a person who has come into contact with Kashala who has not fallen in love with her."

Perhaps that love is best shown through their pain right now. It's a pain that cuts deep.

So many precious memories of a girl taken far too soon.

"She was a sweet baby, real sweet," Jackson said. "She always said she loved me, gave me hugs, kisses."

"She always found a way to make me laugh, when I was sad or mad, no matter what happened."

For her mother, she feels there is more she needs to know. Her daughter, going from a seemingly and perfectly healthy young teen to critical and dying days after a fight, doesn't make sense, even with a tumor that was unbeknownst to them.

"So if she had a tumor in her head that we (didn't know) about, and somebody repeatedly stomps and kicks and punches you in your head, you're not even fighting back, is it going to be better, is it going to be worse?" Jackson asked.