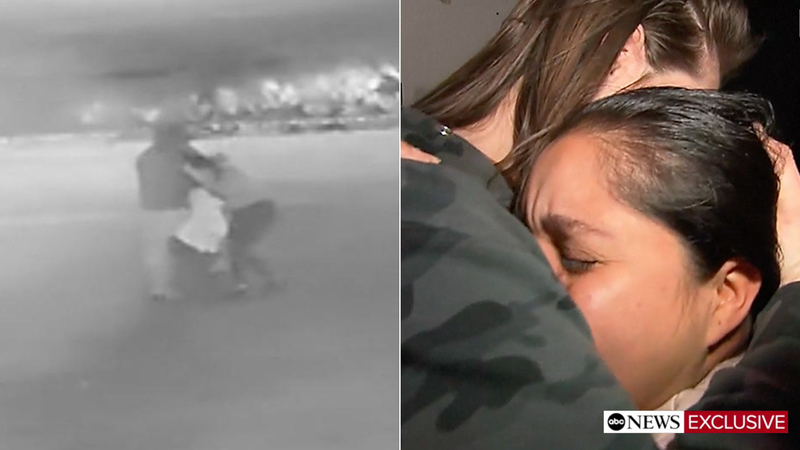 BURLINGTON, Mass. -- Zayra Mendoza thought she was about to die when a man grabbed her on a Massachusetts street and began dragging her away in an attempted kidnapping.

Now that man is in police custody thanks to a stranger in a passing car who saw the attack and scared him away from the young mother.

Mendoza met with that stranger, Ariel Naylor, in an emotional reunion filled with tears and hugs.

"They got him," Naylor told Mendoza in the ABC News exclusive video of their reunion. "I love you." 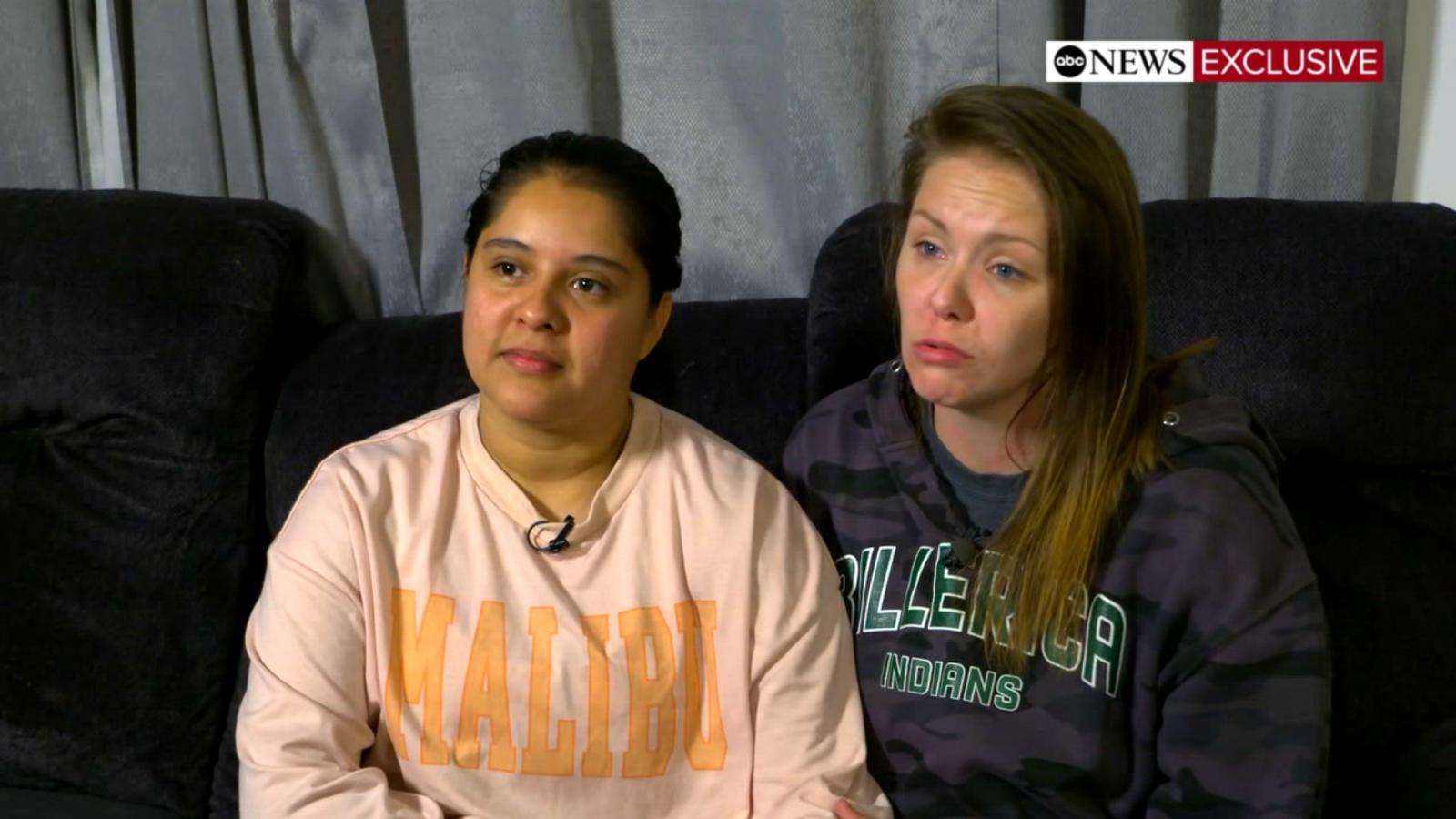 Ariel Naylor and Zayra Mendoza reunited for the first time since Ariel saved Zayra from an attempted kidnapping in Burlington.

Naylor spotted the attack as she was driving home from work Sunday night on Middlesex Turnpike in Burlington, a suburb 15 miles northwest of Boston.

Surveillance video obtained by ABC News shows the moment Mendoza realized that a man was following her. She attempted to run away, but she and her attacker end up in an intense pulling match. Investigators said he touched her indecently during the assault and removed her shirt.

"I thought these were the last moments of my life," Mendoza said via translator. 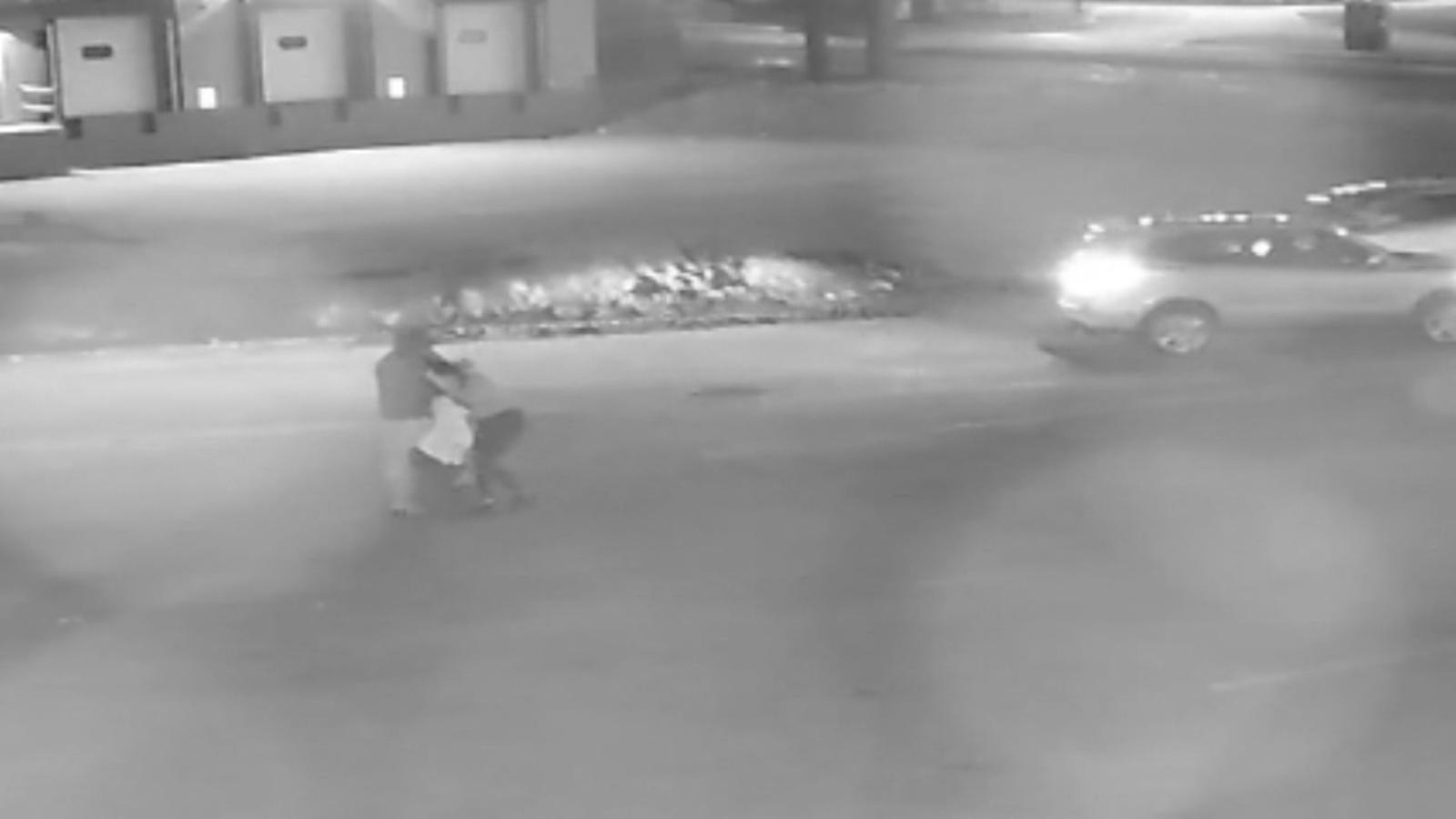 Police in Burlington, Massachusetts, say surveillance video shows a young mother being dragged away by a man before a driver in a SUV stopped to help her and call 911.

Several cars passed by the altercation, but only Naylor pulled over, scaring the suspect away.

"I just saw some guy just trying to abduct a girl. I'm on the side of the road. She's got no shirt on," Naylor told a 911 dispatcher. "I don't know where he went. He took off when I slammed on my brake."

Naylor said she refuses to call herself a hero, as Mendoza was brave enough to fight back.

"[She knew] to get to the side of the road to somebody who could help her, so she made it possible for me to help her," Naylor said.

"I did what any person should do when you see somebody in trouble," she added.

"She had the bravery to stop," she said via translator.

The shared trauma now bonds the two women for life.