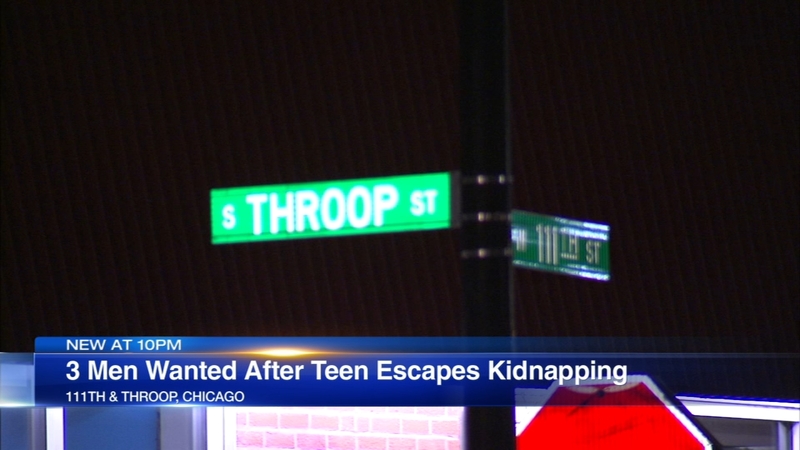 CHICAGO -- Police said a 16-year-old girl escaped from three kidnappers who grabbed her Wednesday evening as she walked home from a bus stop in Chicago's Morgan Park neighborhood.

Police said the girl was walking a friend to the bus stop at 111th and South Throop at about 5:30 p.m. after majorette practice.

Police said another black male was in the back seat behind the driver and was armed with a handgun.

Police said the victim was driven a short distance before she was able to escape the vehicle and run. She called her mother, who took her to the police station to report the crime.

Police described the first suspect, who grabbed the girl from behind, as a black male in his 20s with a dark complexion and light brown eyes with a left arm sleeve tattoo. Police said he was wearing blue jeans and an orange shirt.

Police described the second suspect, who grabbed the girl's legs and drove the car, as a black male in his 20s with a light complexion, curly hair, and wearing white pants and a red shirt.

Police described the third suspect, who was armed in the backseat, as a black male in his 20s with a medium brown complexion and deep voice, and was wearing black ripped jeans, a blue shirt, and had a cast on his knee.