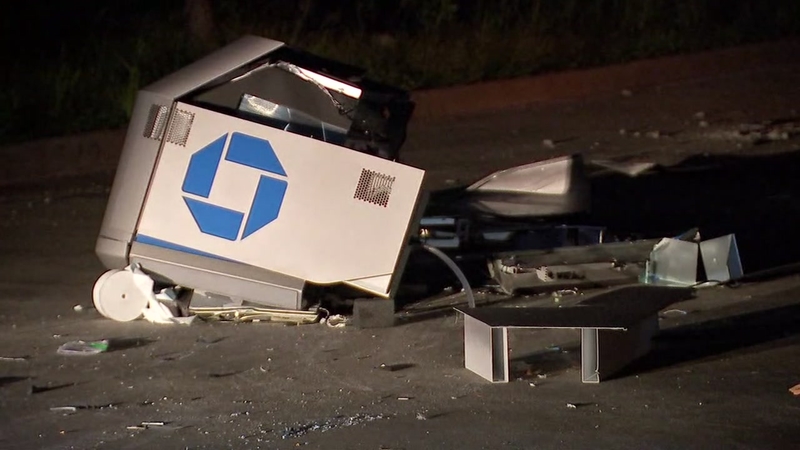 HOUSTON, Texas (KTRK) -- An area in northeast Houston is in the dark after police say thieves going after an ATM crashed into a pole, knocking out the electricity early Tuesday morning.

Around 1:45 a.m., officials say the suspects used a stolen F-350 pickup truck and a chain to rip an ATM from the Chase bank along West Lake Houston Parkway and the Beltway.

The truck's driver lost control, striking the pole and causing the power outage to about eight businesses in the area.

Centerpoint crews were called out to the scene due to the outage and that's when they discovered the fallen utility pole and called police.

Officials do not have any information about the suspects at this time.

The ATM is destroyed, but police don't believe any money was taken.

Eyewitness News reporter Jeff Ehling is live on the scene where crews are cleaning up the debris from an ATM theft and crash.