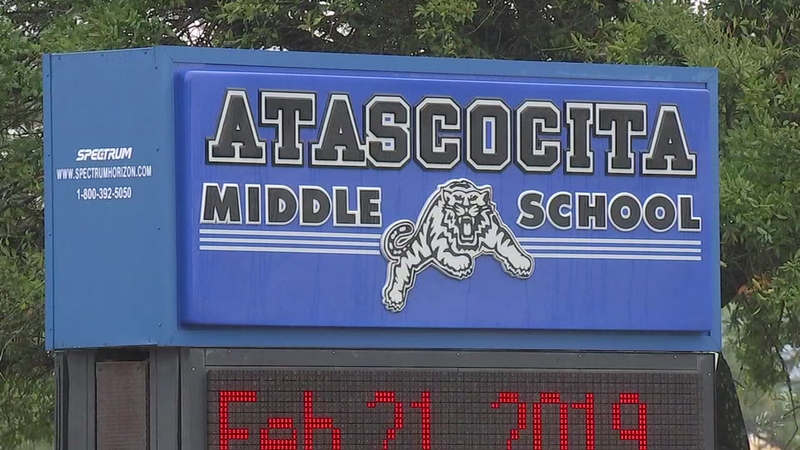 HUMBLE, Texas (KTRK) -- An Atascocita Middle School student was arrested for bringing a saw blade to school and having a written hit list of classmates' names.

Principal Karl Koehler sent a letter to families Wednesday when the incident happened, saying, "the blade was about 8 inches and is the type of tool one uses to cut a tree branch. The student also had written a hit list containing a few students' names."

The staff is now notifying the parents of students whose names were on that list.

Atascocita Middle School officials said that Humble ISD Police got involved after the school received a tip. Information was turned over to the Harris County Sheriff's Office, who charged the student with possession of a prohibited weapon, a third-degree felony.

Humble ISD released the following statement about the incident:

"We have a proactive culture on campus that encourages people to share information. The system worked. We received a tip. We took immediate action by launching an investigation. Authorities were brought in, and the student was arrested."

The student was removed from campus.