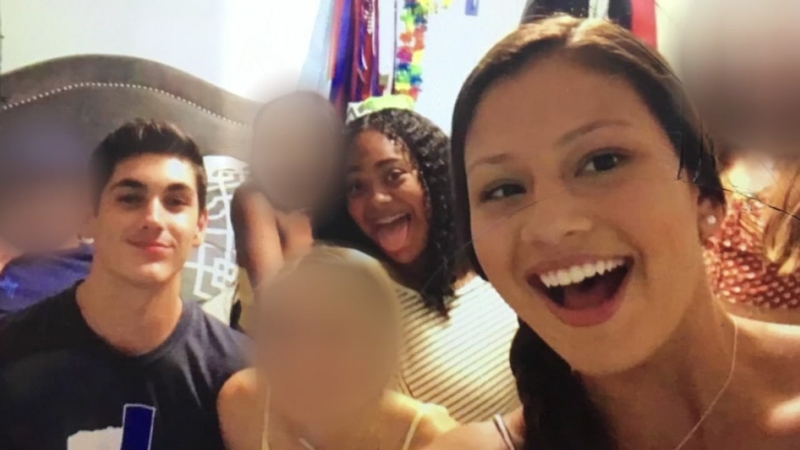 ATASCOCITA, Texas (KTRK) -- The families of two Atascocita High School students who were killed in a drunk driving accident have filed a lawsuit against the teen driver and the store clerk accused of selling him alcohol.

Smith's mother is also named as a defendant in the lawsuit because Smith is a minor and cannot be named.

Attorney Randy Sorrels alleges Campos' actions and that of the convenience store contributed to the teen's intoxication leading up to the wreck that claimed the lives of the 16-year-old girls.

Campos was arrested on August 6 and charged with a misdemeanor for selling alcohol to a minor. When we asked his lawyer about the lawsuit, he replied, "I make a habit of not talking to the press about my cases."

Smith, who faces two felony counts of intoxicated manslaughter, walked out of jail on July 30 after posting a $60,000 bond.

"We are aware of the civil lawsuit," Smith's attorney, Chip Lew, said. "It is regrettable, but expected that folks would compound this tragedy in the name of money. It will become crystal clear that Jaggar's tragic mistake was only one part of the multiple improper decisions that led to the loss of two beautiful lives."

Eyewitness News reached out to the owner of the store for a comment, but he did not respond.

The families are suing for monetary damages related to the loss of their daughters, a loss of "companionship" and for mental anguish.

"In this case, it's more about sending a message to the community of store clerks and store owners that you really must follow the law," Sorrels added.

ABC13's Mayra Moreno speaks to a family member of one of the victims in a deadly crash that killed two Atascocita High School students.