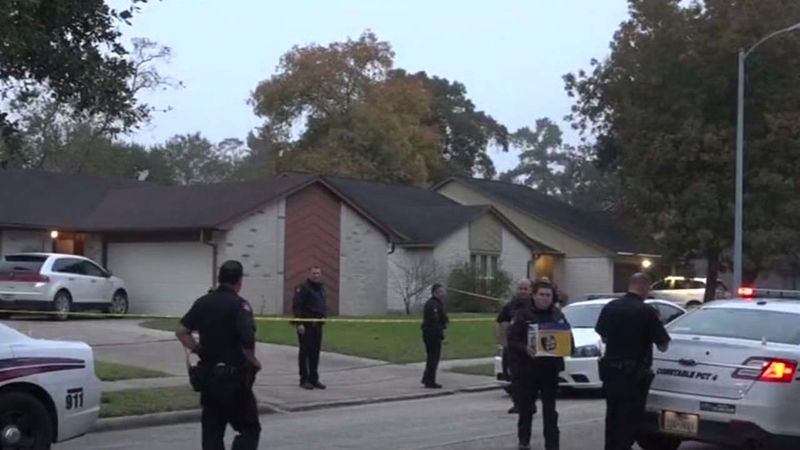 HUMBLE, TX (KTRK) -- A young man is dead and three people are now in police custody after a police chase following a home invasion in Atascocita.

Houston police say they saw someone driving erratically and tried to pull the car over in Humble around 1:30am. The driver continued to drive, but then suddenly stopped and the driver took off running.

When police got a look at the car in the 8000 block of Rankin, they found a dead man in the back seat with a gunshot wound. He was in his mid to late 20s.

Police were able to arrest the driver who jumped out of the car. Two other men were eventually found hiding in bushes in a field. They were also arrested.

Authorities now tell us one of those men may have been carjacked and kidnapped on Droitwitch Drive. Investigators are now looking into that man's story.

Police say the suspects are linked to a home invasion that happened about five miles from where the car was stopped.

That home invasion happened in the 18900 block of Kemble Road in Atascocita around 2am. Harris County authorities say one of the people who lived in the house fired on the alleged home invaders. Police have removed a number of items from the car in the garage. A man at the home was taken away by police.